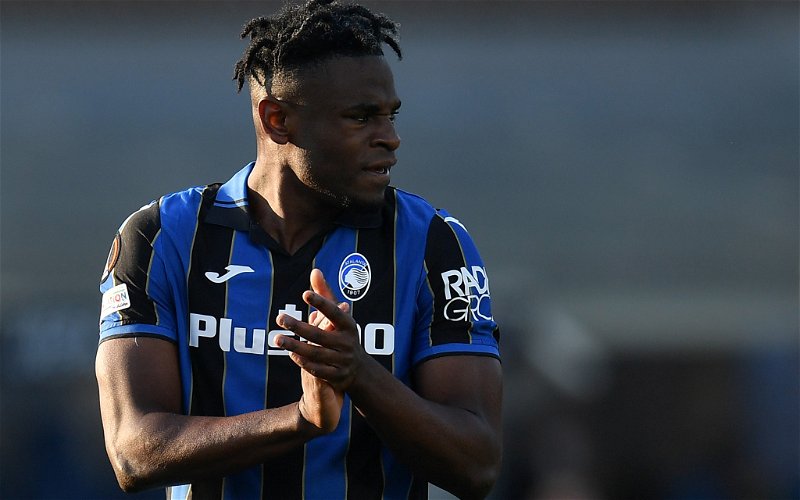 Newcastle United’s hopes of signing Atalanta striker Duván Zapata have increased this summer, with the Serie A club more willing to sell the Colombian than they were back in January.

That is according to Pete O’Rourke who has been speaking to This is Futbol about the Magpies’ potential summer transfer plans, ahead of August’s Premier League kick-off.

It is no secret that Eddie Howe has been looking to add another striker to his ranks this summer, with Alexander Isak and Hugo Ekitike being linked with moves to St. James’ Park this summer amongst others.

However, negotiating a price for these number nines has been easier said than done, and with just a few weeks until the beginning of the Premier League season, Newcastle’s only options up front are Chris Wood and Callum Wilson.

But O’Rourke believes the chances of Newcastle signing Zapata have increased this summer, with the Premier League club having initially been interested in the striker in January.

“They’ve been frustrated so far in their hunt to bring a new striker in, but Zapata is a name that has been on the radar for a while.

“They tried to sign him in the January transfer window, but were unable to agree a deal with Atalanta.

“It does seem the Italian club would be more willing to sell Zapata this summer to increase Newcastle’s hopes of getting him.”

We believe that the Toon are in desperate need of a striker to complete their attacking line-up, and Zapata, who is highly rated by former teammate Papu Gomez who said “he’s a beast”, would bring the experience that Newcastle could do with in that front line.

The 34-time Colombian international scored 13 goals and provided seven assists in 32 appearances for Atalanta last season according to Transfermarkt, suggesting that he is capable of finding the back of the net on a relatively regular basis.

We think that Newcastle should be doing everything they can to get a deal for Zapata, or at least an alternative striker, over the line before the Premier League season kicks-off in August.