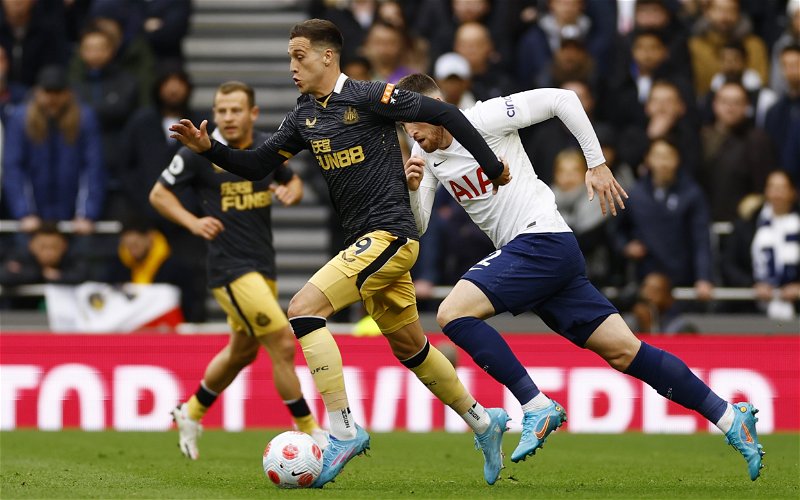 Newcastle United may be willing to let Spanish right-back Javier Manquillo leave the club this summer.

That is according to Keith Downie of Sky Sports, who was speaking to This is Futbol about the transfer business that could be happening at St James’ Park during the remainder of the transfer window.

The Magpies have made three signings so far this summer, with the headline acquisition being that of Lille centre-back Sven Botman, who arrived on Tyneside for around £35m.

Only two players have been shown the exit door this summer, with Dwight Gayle and Freddie Woodman leaving the club, as Eddie Howe potentially needs to make more room in his squad to make additions to the side.

Manquillo could be another player on the way out at St James’ Park this summer after the 28-year-old failed to play a single minute of Premier League football in the club’s final eight games of last season.

Downie also believes that the Spaniard’s future at the club is uncertain.

He said: “I’ve got doubts over whether Javi Manquillo will remain, I have to say.”

We believe that the potential departure of Manquillo – who was called ‘terrific’ by Steve Bruce – makes sense, with the full-back unlikely to get a look-in for Howe’s side this season based on his game time in the previous term, so the separation of the two parties might be in the best interests of the player and the club.

The £2.7m-rated man is unlikely to play a major role in the side, especially after January’s arrival of England international Kieran Trippier.

And therefore, we think that Manquillo would be better served moving somewhere he could play regular football again.