Manchester United: Romano claims club will show their trust in Martial this season 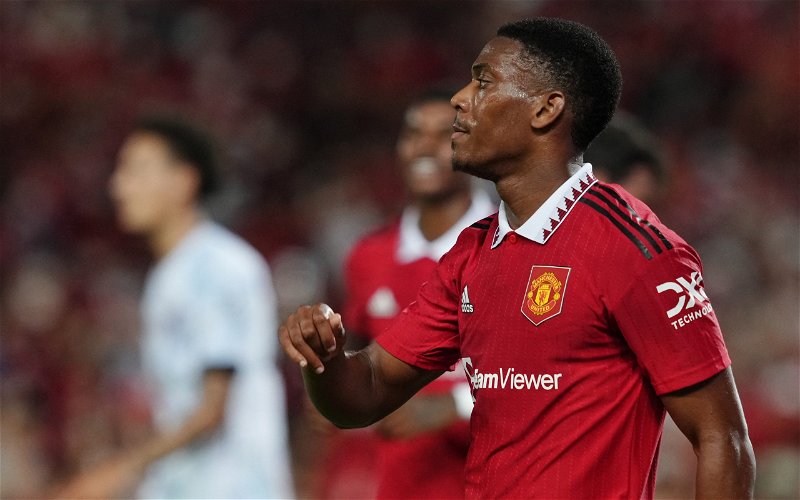 Fabrizio Romano has claimed that Anthony Martial will ‘continue’ with Manchester United this season.

TalkSport’s transfer specialist Alex Crook recently revealed that the United board felt they could save a ‘fortune’ if they were able to rekindle the form of Martial under Erik ten Hag, and it appears that is what they will try to achieve this term.

The Frenchman was sent on loan to Sevilla in January but played just 12 matches for the Spanish outfit and only managed to find the net once, however, he has shone brightly in pre-season for the Red Devils, scoring three goals and producing one assist in four friendlies.

United are believed to have joined the race to sign RB Salzburg striker Benjamin Sesko with Cristiano Ronaldo’s future still unclear, but when discussing the Portuguese superstar’s future, Romano claimed that Martial has regained the ‘trust’ of the club.

Speaking on The United Stand about a lack of centre-forward options of a Manchester United standard in the current transfer market, Romano said: “This is why signing a top talent like Sesko could be the best option for the club and also trusting Anthony Martial because they told him they want to trust him and continue with him this season.”

TIF Thoughts on Martial and United…

Will Ronaldo stay at United?

In 269 appearances for United since his £36m move from AS Monaco in 2015, Martial has scored 79 goals and assisted a further 50 but since his highest-scoring Premier League season in 2019/20 (17), he has managed just five top-flight goals in 30 appearances.

Injuries in recent times haven’t helped, but it appears that he is going to be given the platform to prosper under his new manager and perhaps it could prove to a beneficial appointment for the £14.4m-rated ace, who still has two years left to run on his current contract.