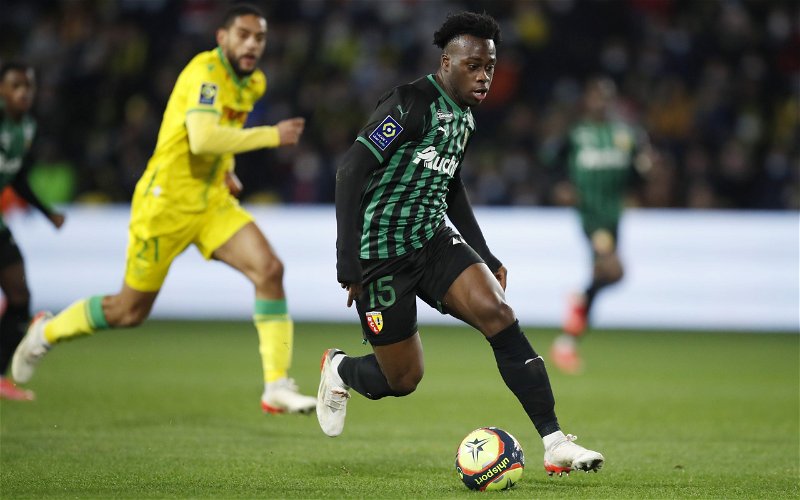 Leeds United may prefer to bring in a striker who is “a bit more established” than Paris Saint-Germain striker Arnaud Kalimuendo.

That is according to Dean Jones, who was speaking to This is Futbol about Leeds’ transfer business this summer, ahead of August’s Premier League kick-off.

Jesse Marsch’s side have been crying out for a forward since last season, when their star striker Patrick Bamford spent a good proportion of the campaign on the sideline through injury.

Unexpected: McGilligan believes Leeds may have made 'interesting' guarantee to secure signing

'Wouldn't rule it out' - Journalist hints at 'another' interesting Leeds move

The Whites have been heavily linked with PSG’s Kalimuendo this summer, who spent last season on loan at RC Lens, but reports suggest that the striker is resisting a move to Elland Road, in a bid to stay in Paris.

And Jones believes that whilst the forward “fits the profile” of the club’s transfer strategy, Marsch could be looking at someone with more experience to lead the line this season.

“Generally, he does fit the profile of where Leeds are heading in terms of recruitment.

“But in terms of a forward, I get the feeling that they would actually prefer someone who’s a bit more established.

“They already have guys knocking on the door to play in that position who they’re bringing through themselves, and I think that he might be seen as an obstacle to some of those guys.”

Interestingly, an agreement on the deal was reportedly close, but now it appears as if there’s been a big twist with Leeds preferring someone more established.

Whilst the 20-year-old would be an excellent addition for a Leeds side who struggled without a focal point last season, the Whites may feel they could spend the £20m they would spend on the PSG man, on a more experienced pro for that number nine position.

A SofaScore rating of 6.82 for his Ligue 1 performances last season suggest that the youngster can be a bit inconsistent, which is something you cannot afford to be in the Premier League.

On the face of it, Kalimuendo could be a superb signing for Marsch, but the club may be better placed to spend that money on someone with Premier League experience.