Aston Villa: Journalist claims Rangers midfielder could be an option for Midlands club 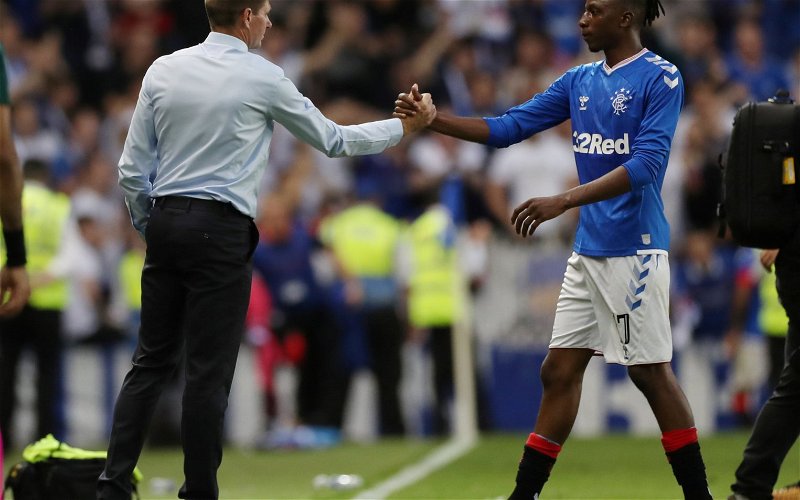 Dean Jones has claimed that Rangers midfielder Joe Aribo could be an option for Aston Villa this summer.

The midfielder, who is valued at £9 million (as per Transfermarkt), worked under Steven Gerard with great success at Rangers, and was an important part of his side. Now at Villa, Gerrard may look to bring Aribo to the Premier league. At least, that’s according to Jones, who told GiveMeSport:

“Think Aribo will become an option a bit later in the window from what I’m told.

“I think he had ideas of going somewhere else that have fallen through, and now they’re going to look at further options, and I know that Villa is just one of those that need to be explored. So that might happen but further down the line.”

Villa are not the only club reportedly interested in Aribo, however, with Nottingham Forest leading the line, according to the Scottish Sun, and Crystal Palace and Fulham also thought to be interested.

The amount of reported interest comes as little surprise. Aribo played a big part for Rangers last season, as they reached the Europa League final, before narrowly losing out to Eintracht Frankfurt on penalties. By the end of the season, the midfielder had played 57 games in all competitions, and was one of the most consistent players in Scotland.

Villa fans will be hoping that Jones is right, and they do go for Aribo this summer. The midfielder could form an ideal partnership in midfield with John McGinn, and take Aston Villa’s midfield to another level.

Last season, Gerrard’s side lacked consistency – something reflected by their 14th place finish. Adding a midfielder with experience of playing on the European stage, like Aribo, could help guide the squad in the right direction towards their increasing ambitions.

Aston Villa have already proved their spending power this summer by signing Diego Carlos, which suggests that, if they want Aribo, they have every chance of getting him for the right price this summer.