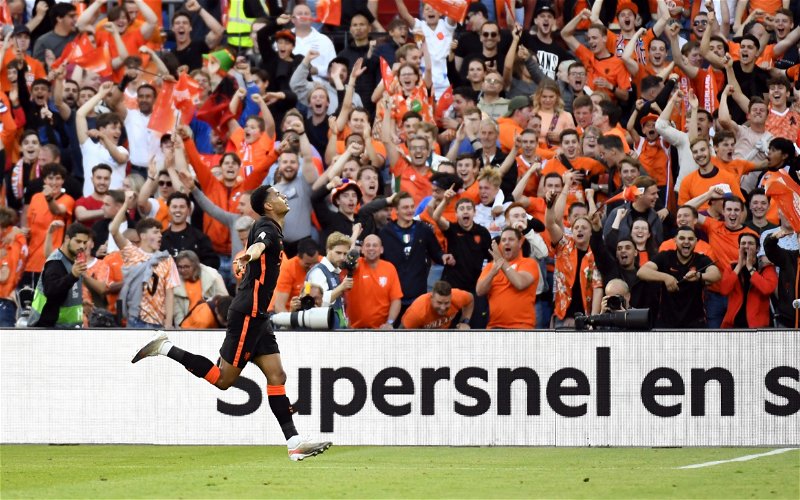 Arsenal are favourites to sign PSV Eindhoven and Netherlands winger Cody Gakpo this summer, amid interest from Leeds United.

That is according to Dean Jones, who was speaking to This is Futbol about the club’s potential transfer business this summer.

According to Fabrizio Romano in a column for CaughtOffside, PSV are looking for around £33m-37.5m for the Dutchman’s services this summer.

The same insider also suggested that Leeds have always had an interest in the seven-time Netherlands international, but they wanted to secure the signing of Luis Sinisterra first, which they eventually ended up doing for £21m.

Romano goes on to say: “He may be a name to monitor in the coming weeks as a big opportunity for many clubs.”

And Dean Jones believes that Mikel Arteta’s side will be the favourites for Gakpo’s signature, due to the fact that Leeds already have a large proportion of players who can play out wide for the club.

“Leeds have got a lot of wide players, they’ve already got options that can play out wide.”

We believe that Arsenal fans will be delighted to hear Jones’ comments regarding Gakpo, and we think he could potentially be a fantastic signing for the north London side.

Gakpo has been dubbed as “phenomenal” by talent scout Jacek Kulig, and we think he has every reason to believe this, after the 23 year-old scored 21 goals and provided 15 assists in 47 appearances for PSV last season, according to Transfermarkt.

We believe that Arsenal could do with more goals from out-wide to complement Bukayo Saka, and Gakpo could be the perfect option for Arteta’s side.