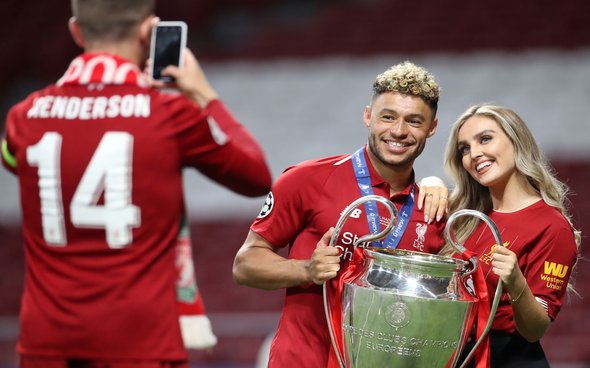 Pundit and West Ham fan Frank McAvennie has claimed that Liverpool outcast Alex Oxlade-Chamberlain would be a “no-brainer” signing for the Hammers this summer.

The Athletic reported earlier this month that the Reds were willing to listen to offers for the England international midfielder for around £10m.

Two Premier League clubs have already been credited with an interest in the player with both Aston Villa and the Hammers taking a look at his situation on Merseyside.

And McAvennie believes the injury prone 28-year-old could bring much needed depth and quality to Moyes’ squad providing they complete the signing this summer.

“I think he’d be a great signing.

“If they can get him, he’s a good player honestly. And he can play right across and in-behind the striker. He’s got enough energy to play as a striker as well.

“He can come from deep, I’m sure he could lead that line. I’ve not seen him do it, but looking at the player nobody would’ve said Antonio could do that. He’s turned into one of the best now, so I would think Oxlade-Chamberlain.. for me, it’s a no-brainer.”

For West Ham United to pursue any sort of deal for the Portsmouth-born midfield ace, they’ve got to be confident that they can get the 28-year-old back something of his best form and more importantly in tip-top condition.

If not, spending money on him could become an expensive outlay considering the potential cost and his wages.

Oxlade-Chamberlain, previously dubbed “unreal” by journalist Joel Rabinowitz in the past ahead of a reasonably prolific 2019/20 campaign, has lined out in a number of midfield and attacking roles throughout his career, so he would indeed add some much needed depth, experience and quality in a number of roles for Moyes.

However, as stated previously, the Hammers cannot afford to spend unwisely during this summer window, so any potential deal for the former Arsenal must be thought of with much consideration from the club.