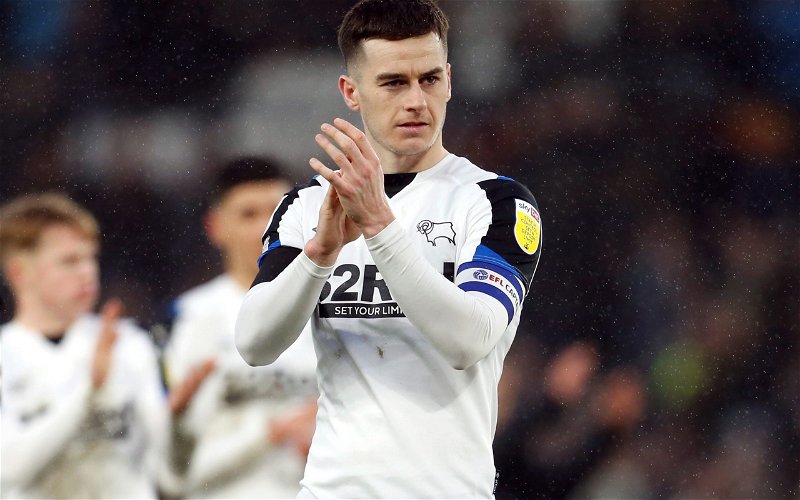 The Daily Mail have reported that the left-winger will be leaving the club this summer after the Rams failed to persuade the Welsh attacker to extend his existing contract.

West Brom are thought to be the frontrunners in the race to land the 28-year-old but Sheffield United, Watford and Rangers are all said to be in contention.

'We can reveal...' - Journalist now provides worrying news for Rangers

Of course, the Gers would be able to offer the chance to play European football but whether or not the former Manchester United academy graduate would fancy a move north of the border remains to be seen.

Nonetheless, Clark certainly seems to be excited about the potential surrounding a move for the 23-cap Wales ace and believes it would be a shrewd capture for the Light Blues.

Is Lawrence on a free a good deal?

(2:15) “Number of clubs apparently sniffing about him, Welsh international. I’ve seen him a few times.

“If Rangers can get this boy in for a free then it will be a terrific bit of business because he is one of those players who gets bums off seats.

TIF Thoughts on Lawrence and Rangers…

During a turbulent campaign that saw the Rams relegated to the third tier of English football, Lawrence more than brought the fight top-scoring for the club with 11 goals and also led the team for assists (5).

He was labelled as ‘magnificent’ by his former coach Wayne Rooney and with a reasonable scoring record of one goal every three games from out wide he would certainly be welcome at Ibrox given their problems in that department and for a free it certainly seems tangible that he could link up with Giovanni van Bronckhorst.