Rangers: Journalist calls for vast improvement in one area of the pitch

Rangers need to seriously recruit at the front end of the pitch this summer.

That’s the view of Rangers Review writer Jonny McFarlane, who has been speaking on the website’s YouTube channel in relation to the current state of Giovanni van Bronckhorst’s squad. 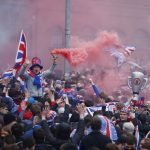 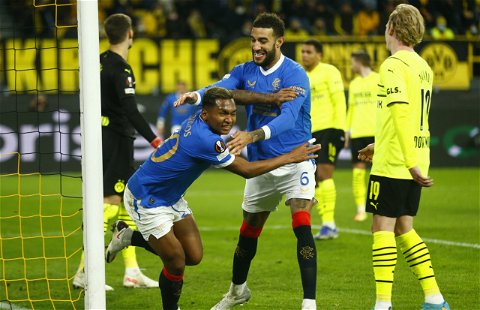 With the uncertainty surrounding the future of attacking trio Joe Aribo, Ryan Kent and Alfredo Morelos, who all see their contracts expire at the end of the 2022/23 season, the Gers will likely need to refresh the side this summer.

It was a memorable campaign for the Ibrox outfit as they reached the Europa League final before eventually falling short on penalties, and having lost their Scottish Premiership title to arch-rivals Celtic, they will be keen to regain that crown next season.

Ahead of next term, though, having also suggested that the club have to sell some of their prized assets, McFarlane stressed that the club will struggle if they fail to bring in the required ammunition.

He said: “Rangers, I think, need major surgery in forward areas, and if they don’t have it, I don’t know where the goals are coming from next season.”

While Morelos, Kent and Aribo weighed in with 41 goal contributions this season between them in the Scottish Premiership, Giovanni van Bronckhorst will need more firepower regardless of who stays or goes.

Kemar Roofe boasts an electric strike-rate of 0.85 goals per 90 minutes, however, he has struggled to keep himself fit, and even though Morelos has scored 113 times for the Teddy Bears, his best ever tally in the league is 17, with an average of just over 13 across five seasons in the top flight.

Kent weighed in with a mammoth tally of 20 assists this past term, but his attacking output was perhaps overshadowed by the fact that he managed just three goals in 46 appearances.

With rumours swirling that Ross Wilson could potentially bring Sunderland hotshot Ross Stewart to the club, McFarlane’s worries may ease, but from looking at the underlying numbers, it is perhaps safe to say that the club does need that figure at the top end of the pitch with those predatory instincts and the longevity to produce nearer to 25 goals a season.