Rangers Review journalist Jonny McFarlane has made it clear that he thinks Ibrox icon Allan McGregor should “call it a day”.

McGregor, who is valued at £450k (as per Transfermarkt), turned 40 in January and saw his contract expire this week, but we are yet to hear a decision about his future.

He was introduced in the final minute of Rangers’ Scottish Cup final victory over Hearts for what looked like his final appearance for the Light Blues. 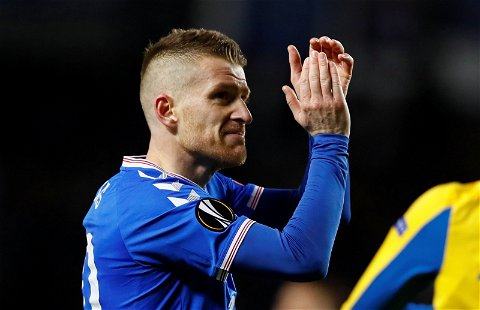 Should Allan McGregor call it a day? 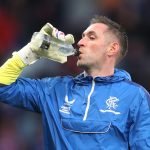 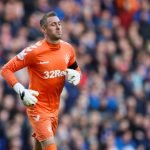 However, it is still unknown whether the veteran will return between the sticks, with former Gers captain Barry Ferguson tipping the four-time Scottish Premiership winner to continue at the club.

Now, McFarlane has made clear his thoughts on the matter, claiming that Ross Wilson and co would be making a mistake by offering the shot-stopper a new deal.

Speaking on the Rangers Review YouTube channel, he said: “I’ll be surprised if Allan McGregor comes back.

The Light Blues have been linked with Bosnian goalkeeper Vladan Kovacevic as their bid to find McGregor’s successor is seemingly underway, but contrary to McFarlane’s belief, ex-Aberdeen manager and BT Sport pundit Derek McInnes praised the former Scotland international for an “outstanding” save as he kept out Red Star Belgrade from the spot in their crucial Europa League round-of-16 clash.

Offering the man who has kept 204 clean sheets in his Rangers career wouldn’t be a bad idea for Ibrox officials, as at the very least, he could take an understudy under his wing should the club decide to purchase a replacement.