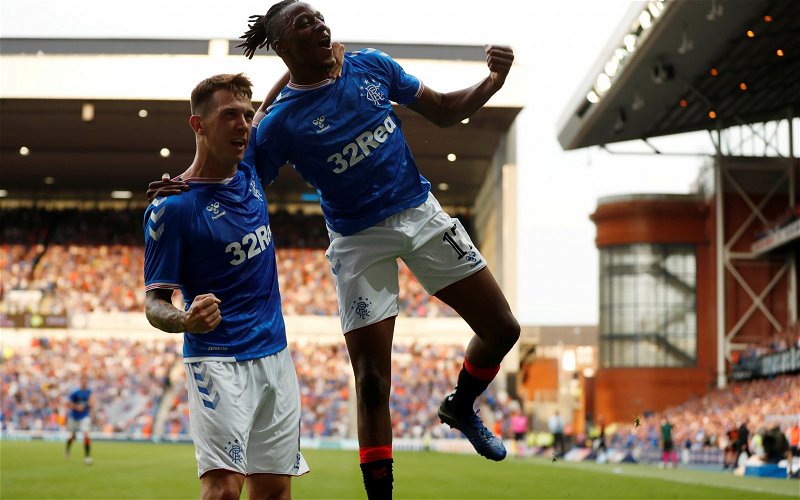 Rangers winger Joe Aribo has hinted via Instagram that he is going to stay at the club despite interest from several sides across Europe.

There have been reports stating that several clubs are interested in Rangers winger this summer, with Steven Gerrard among those keen on a reunion from their time at Ibrox in the Scottish Premiership together.

Aribo is one of the many Rangers players who is heading into the final year of their contract, but Giovanni van Bronckhorst has already offered Connor Goldson and Steven Davis new deals at the club, so he might look to follow suit with the sought-after winger.

The English winger has impressed last season for the Gers, especially in the Scottish Premiership after he netted eight times and chipped in with six assists in 34 games.

With the speculation of a move away from Ibrox in the summer for Aribo, he has taken to Instagram to thank the Gers faithful and has hinted that he going to remain with the club, as he wrote: “Can’t wait to get going next season.” 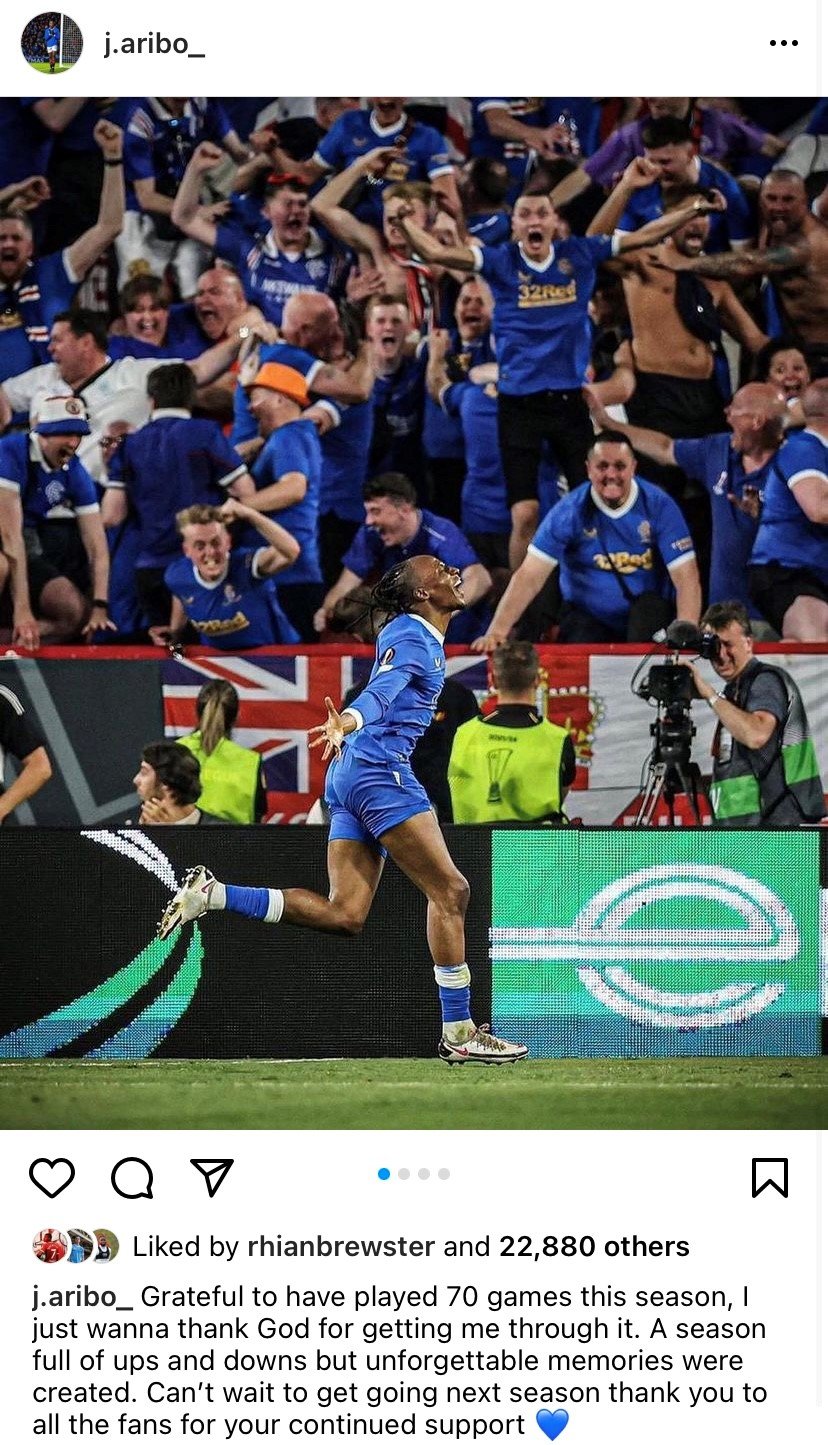 Rangers fell just short in the Scottish Premiership and the Europa League final, so to ensure that they compete again in all competitions next term, it is vital for Van Bronckhorst to keep his key players such as Aribo at the club.

In the SPFL, Aribo had the third-most goal contributions at the club (13), created the third-most big chances (9) and also made the second-most successful dribbles on average per game (1.4), as per SofaScore.

However, it is important if Aribo does not exit the club this summer, that Rangers tie him down to a new deal, otherwise, they could lose out on serious money for him if he was to leave at the end of next season on a free transfer.