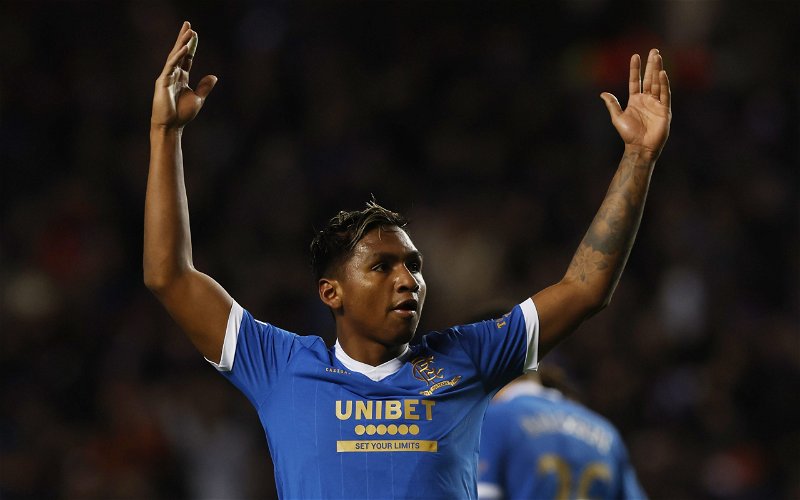 Pete O’Rourke has suggested that Rangers should listen to offers for Alfredo Morelos this summer, with the forward’s contract set to expire next year.

The Colombian is one of the most important and best players at the Scottish club, yet looks unlikely to put pen to paper on a new deal. With 19 goals in 42 games last season, too, Morelos should have done more than enough to earn some admirers; it’s now about playing the waiting game for the offers to come in for the forward.

As revealed by O’Rourke, Rangers have been left with quite the dilemma. The journalist gave his verdict, telling GiveMeSport: “It would make sense for Rangers to try and offload Morelos this summer if he isn’t going to sign a new contract.

“Obviously, Morelos has been a huge player for Rangers over the last few number of years, but his form has brought him to the attention of a number of clubs in the Premier League and also in Europe as well.

“So, if they’re not able to agree a new deal with Morelos, I think Rangers will reluctantly have to listen to offers for the Colombian in the summer.”

Morelos’ importance to this Rangers side cannot be understated. Without him, they have just one goalscorer to turn to in the form of Kemal Roofe, who managed 16 goals last season in all competitions. If Morelos does leave, then signing a replacement must be placed at the top of Rangers’ summer plans.

With Roofe now 29, too, in an ideal world, the Scottish club will be welcoming a younger player to lead the line next season if they turn to the transfer market.

Giovanni van Bronckhorst will be hoping to enjoy a better campaign next season on the domestic front, having failed to take Rangers to a second consecutive title win after taking over from Steven Gerrard in November of 2021.

It was in Europe where the manager impressed the most, leading Rangers to the Europa League, in which they, ultimately, lost against Eintracht Frankfurt on penalties. Defeating the likes of RB Leipzig and Braga along the way, however, it was a Europa League run to be proud of.