Journalist Alex Crook has claimed that Wolves are open to offers for Raul Jimenez after the Mexican failed to reach top form after his injury.

Jimenez struggled to find goalscoring form last season for Wolves in the Premier League, netting just six times in 34 games, and there have been recent reports stating that Wolves are willing to listen to offers for the forward.

The 30-year-old has previously been in emphatic goalscoring form in the Premier League, scoring 13 times in his first season in the English top flight and then 17 times in the following campaign. The season after that was when he suffered his serious head injury, but before this, he was on track for another successful campaign after scoring six goals in 10 games. 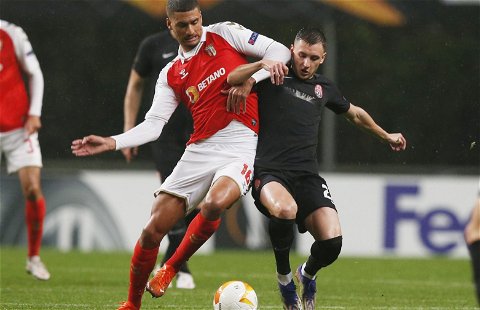 With Jimenez not quite having the same effect last season as he has done previously for Wolves, Crook claimed to GiveMeSport that the Old Gold are open to offers for him, and they could accept a bid if a club comes in at a reasonable price.

He said: “I do know they’re open to offers for Raul Jimenez, because they maybe feel he’s not been the same player since that horrible injury.”

Jimenez was been one of Bruno Lage’s few options up top last season for Wolves, and they struggled in an attacking sense, with only the sides relegated to the Championship scoring fewer than their 38 goals in the league.

With Wolves having a poor end to the season, failing to win in any of their last seven games in the Premier League, Lage will likely want to upgrade his squad, and this could mean that Jimenez might have to look elsewhere if he wants to get regular game time.

However, last season was the first full campaign that Jimenez has had since his head injury, so it might just be taking him time to get used to things again, and if given another chance next term, he may yet return to his previous form.