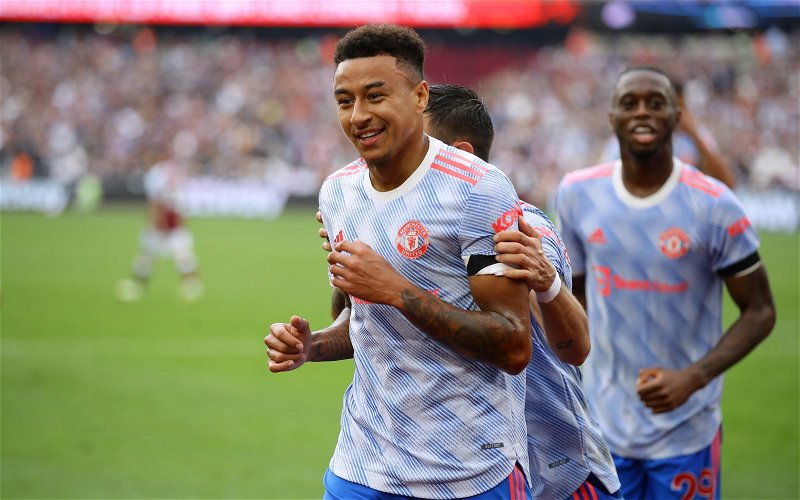 Pundit Frank McAvennie has urged West Ham United to halt their plans to sign Jesse Lingard, with the former Manchester United man only motivated by money.

The attacking midfielder enjoyed a successful period on loan at the London Stadium in 2021 before returning to Manchester in the hope of earning regular football at his boyhood club.

However, following a run of nine goals and five assists in east London – form which saw the 29-year-old recalled to the international fold – the versatile attacker barely featured upon returning to Old Trafford.

Now set to become a free agent after a forgettable ending to the 2021/22 campaign for him and the Red Devils, West Ham have been strongly linked with a reunion, though McAvennie has strongly advised David Moyes not to pursue a deal for the player.

Speaking to West Ham Zone, he said: “Jesse Lingard doesn’t want to come, so wave that one goodbye.

“He’s had chances to sign, so he’s clearly hanging on for another team for some reason. I don’t know why because he would’ve thoroughly enjoyed it.

“You can see by his Instagram and social media that he loved it at West Ham, with his wee dances in the dressing [room] had me thinking that’s a guy who’s enjoying his football.

“He went back to Manchester United to sit on the bench and in the stand, and that’s someone with no ambition.

“He’s clearly just in it for the money and I don’t have a problem with that. I would rather a player go get a little bit less money and play football.”

Given Lingard’s track record under David Moyes at West Ham, this has to be regarded as an attractive proposition for all parties concerned, so we are not so sure he would be so reluctant to re-join.

The Hammers are in desperate need of fresh impetus in attack, and the £16.2m-rated forward perfectly fits the bill.

Despite a lacklustre season in which he scored just twice in 22 appearances, his quality, experience and ability to operate in numerous positions would make the 29-year-old a shrewd acquisition for the Hammers.

However, West Ham cannot afford a long-running saga in terms of the contract offered to the former Manchester United star, so if they desperately need his services, they should go and get him.

Should this move come to fruition, the absence of any transfer fee means that the Hammers should be willing to offer more in wages to the player, who was hailed by journalist Simon Peach for his ‘absolutely outstanding’ form during his time in east London.