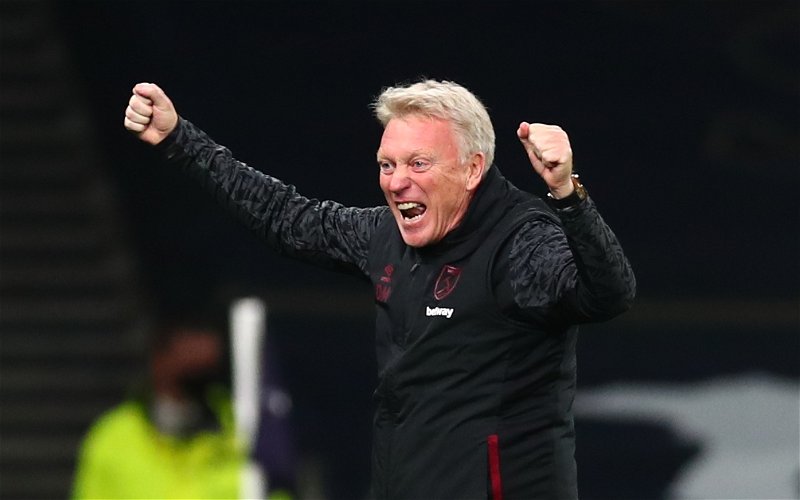 West Ham United could be set for a huge boost this week as they look to complete two signings.

That’s according to insider ExWHUemployee, who has been speaking on The Transfer Show about the potential arrivals of Rennes defender Nayef Aguerd and Paris Saint-Germain goalkeeper Alphonse Areola on a permanent deal following his Hammers loan last year.

Aguerd is set to have a medical this week ahead of a £25m move from Ligue 1 according to the Daily Mail, while the club are looking to exercise the £7.6m buy option for Areola, however, a late swoop from Newcastle to hijack a possible deal has been mooted.

The Hammers are yet to complete any transfers so far this summer, but with the international period drawing to a close and David Moyes readying his side for a pre-season tour of Sweden, deals may begin to materialise – and Ex has suggested the next seven days could be productive ones at the London Stadium.

He said: “Potentially got West Ham signing someone this week in Nayef Aguerd, the Moroccan centre-back, and possibly Areola as well. So hopefully, for West Ham fans, in the next week or so, we’ll at least have one signing – possibly two.”

Are you happy with Aguerd's price tag?

With first-choice goalkeeper Lukasz Fabianski now 37, it is a shrewd move to snap up Areola for such a small figure as the Irons would have their successor between the sticks, and after a season of being restricted to sporadic cup appearances, the Frenchman would be set to emerge as the No 1 at Rush Green.

Meanwhile, Morocco centre-back Aguerd fits the bill for a left-sided centre-back that Moyes feels is needed to bolster an area of his team where he has been short-handed at times.

At just over £30m for the pair, GSB will feel they have done smart business and it will give the club a platform should they wish to add to any further signings – provided they can get these deals over the line.