ExWHUemployee has revealed on The Transfer Show that West Ham United aren’t willing to pay Jesse Lingard his desired wages.

West Ham have reportedly made an approach for Lingard, who is not continuing his career at Manchester United and is available on a free agent this summer. A return to east London would see him link up once again with David Moyes, who managed him during his loan spell with the Hammers in 2021.

Lingard reportedly has interest from the Hammers and some clubs in Serie A, including champions Milan, so it certainly won’t be a simple deal for West Ham to complete – and despite not having to pay a transfer fee, it is thought the Hammers are unwilling to meet his demands. 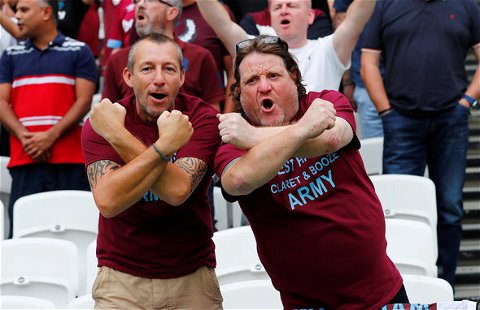 Ex believes that the Hammers won’t be meeting the midfielder’s desired wages as a free agent.

He said: “Jesse Lingard is someone that is causing the back pages and the rumours to just go constantly. What I’ve been told is that he wants large wages; obviously, he’s 29 – this is his last big-pay move, probably.

Will Lingard return to West Ham?

“He does like West Ham, he does want to come to West Ham in some respects because he had a great time there. There is still the issue that hasn’t been resolved – the personal issue regarding the watch [stolen from the dressing room at West Ham] and there are the wages.

“Now, it has been said that Newcastle aren’t prepared to pay the wages that he wants, which makes you realise given the club almost has unlimited funds, that those wage demands might be excessive and West Ham have said the same, so it depends whether Lingard is prepared to reduce those.”

TIF Thoughts on interest in Lingard…

While the midfielder did leave a lasting impression on West Ham and the fans during his few months on loan there in 2021, if Newcastle United, who have one of the wealthiest owners in Europe, are not willing to meet his demands, it may prove to be a deal that holds the club back in other areas of the transfer window more than helping them kick on.

It’s no secret that Lingard had a huge impact on the Hammers, as his nine goals and five assists helped propel them into a Europa League spot, which they then grasped with both hands and managed to reach the semi-finals.

And when he wasn’t with the squad last season, they only managed to qualify for the Europa Conference League, which could persuade West Ham to move for him once again.