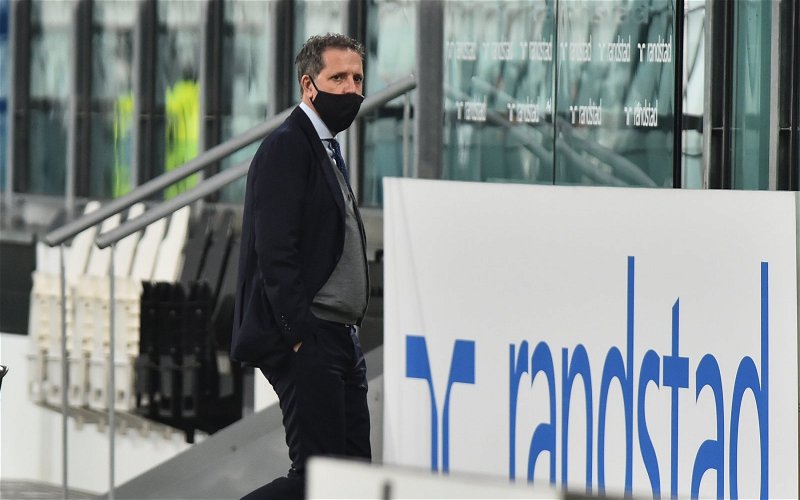 Tottenham Hotspur director of football Fabio Paratici has now held interviews for the position as his second-in-command at Hotspur Way.

This is according to reliable Spurs journalist Alasdair Gold, who has been discussing the vacancy at Spurs on his latest Q&A for football.london.

The Italian joined Spurs around a year ago and has seen a lot of change already in that time, with Nuno Espirito Santo appointed and replaced with Antonio Conte.

However, the Lilywhites were still able to deliver Champions League football for next season, which has many expecting Spurs to be one of the busier clubs in the summer window.

And with new players expected to arrive through the doors at Hotspur Way in the coming weeks, Gold shed some light on another possible arrival in north London.

He said: “Paratici hasn’t finalised his second in command yet, from what I understand. I know final interviews were being held, with the person expected to be from abroad, but no appointment seems to have been made yet.”

Paratici seems to have settled into life in north London now, and with Conte at the helm, the pair were able to deliver a fantastic January transfer window which saw Dejan Kulusevski and Rodrigo Bentancur arrive.

Do you trust Paratici? 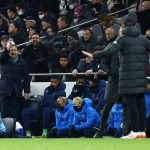 It was a questionable summer transfer window last year, which has only really seen Cristian Romero stand out as a player who can elevate Spurs to the next level.

However, Paratici appears to have learned from that experience, having begun a major overhaul behind the scenes at Hotspur Way with the club’s recruitment system.

And with someone operating below him, we feel like this should only benefit Spurs with a second opinion in regards to Paratici’s decision-making and it could be beneficial if they can appoint someone in time for the opening of the summer market.