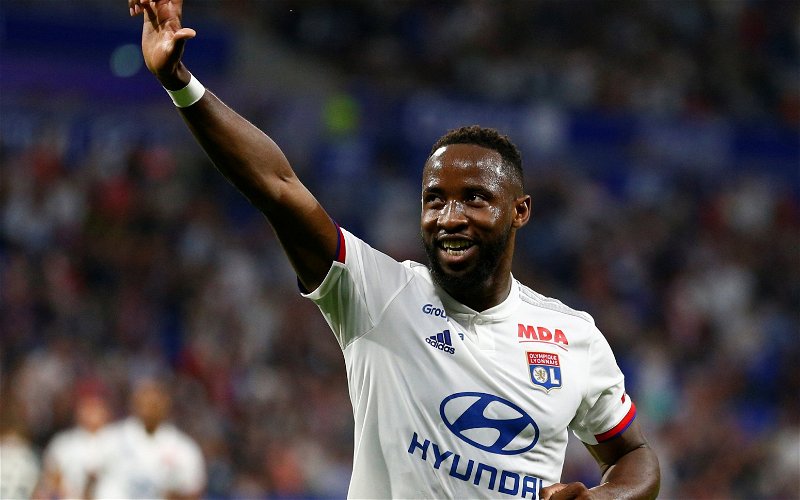 According to journalist Pete O’Rourke, Tottenham Hotspur could explore the signing of Lyon striker Moussa Dembele this summer.

The transfer insider was speaking to GiveMeSport following reports at the end of May from French outlet Foot Mercato (via Sport Witness) that Spurs were among a plethora of clubs interested in signing the 25-year-old frontman.

Would Dembele be a good signing for Spurs?

During his time with Celtic, the former France U21 representative was deemed ‘unstoppable’ by former Rangers captain Barry Ferguson and it is thought that it would take just €25m (£21m) to buy the centre-forward – with Manchester United, Arsenal, Sevilla and a host of Italian clubs also thought to keen.

Heading into the final year of his current contract in France, Dembele certainly isn’t short of suitors, and after 21 goals in 30 Ligue 1 appearances this past term, O’Rourke can see why Spurs are looking into the idea, although the presence of Harry Kane may be a deterrent.

He said: “You could possibly see it. Obviously, they’re being linked with a number of strikers, but the problem is for these strikers, are they happy to come and play second fiddle to Harry Kane?

“Not many of the top strikers would be willing to do that unless Antonio Conte is planning to change his formation.”

TIF Thoughts on Dembele to Spurs…

It most definitely will be difficult for the north London club to find someone that is willing to warm the bench, but given their talisman’s injury issues in the past and Champions League football also to contend with, Antonio Conte will need a reliable second-choice striker.

Kane managed to steer clear of injury this season for the most part, but he has had fitness issues in the past.

Dembele made just two appearances for Fulham in England’s top flight during the 2013/14 campaign but has since gone on to become a prolific scorer on the continent.

He has been involved in 64 goals during 106 matches in Ligue 1 while also netting seven times in the Champions League, and with 1.5 shots on target per 90 minutes this season, he would offer affordable and productive cover for Kane, or indeed become part of a formidable striking duo should Conte change his formation.

Interestingly, he is almost twice as prolific as Harry Kane, as the Frenchman has a goal conversion rate of 24% compared to the Englishman’s 13% (as per SofaScore), so perhaps he is worth the gamble for Spurs.