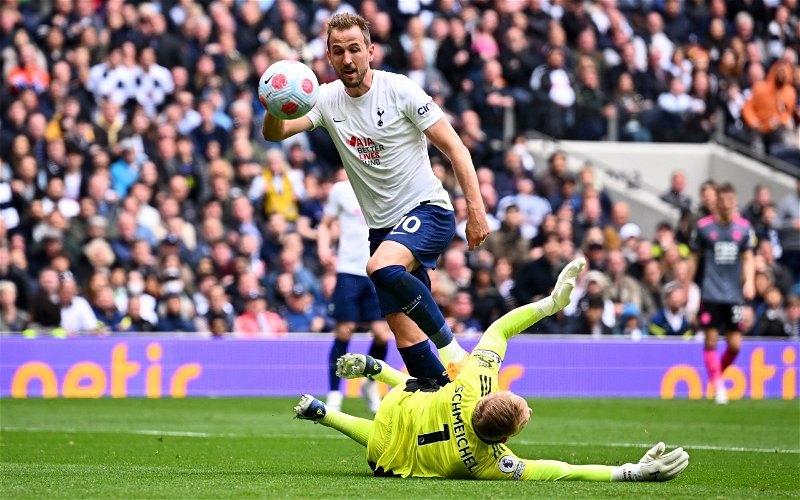 There was a lot of speculation over Kane’s future at Spurs last summer, however, with the arrival of Antonio Conte, Champions League football secured for next season and the club seemingly looking to back the manager – with £150m pumped into the club – it appears Kane is a lot happier in north London.

Some reports have even suggested that the striker could be tempted into signing a new contract with Spurs, such is the change of mood and feeling around the club compared to this time last year. However, that hasn’t stopped links between the player and Liverpool from emerging, with the Reds looking to step up next season.

Will Spurs win silverware next season?

He said: “They’ve been very confident he’s going to stay. People I speak to are almost convinced that Harry Kane is not only staying now, but might be able to be talked into a new contract.”

Considering how superbly Spurs finished the season under Conte – managing to finish in the top four despite it being out of their hands going into the penultimate week of the campaign – there would be few better places for Kane to ply his trade in the coming years.

Kane has come through the ranks at Spurs and will surely now be delighted to have Champions League football back for the first time since the 2019/20 season, as well as having the possibility of lifting silverware for his boyhood club – especially if Conte sticks around and is backed sufficiently this summer.

It will be huge for Conte and Spurs fans that Kane sticks around as the connection he and Son Heung-min have is unbelievable, while fellow Premier League players know how good he is, with Conor Coady previously labelling him as ‘incredible’.