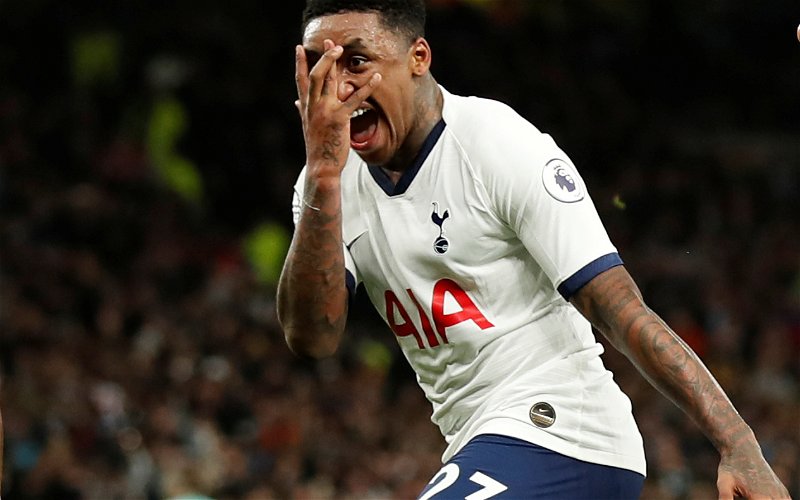 Speaking to This Is Futbol, journalist Michael Bridge offered his verdict on the Steven Bergwijn transfer saga, with the Tottenham Hotspur winger still pushing for a move.

The Dutchman looked destined for a move away to Ajax in January, before staying at Spurs and playing an important part in their top four charge. Fabrizio Romano revealed earlier in June, however, that a deal is now ‘absolutely on’, but nothing is agreed yet.

Now, according to The Evening Standard, Ajax are prepared to break their transfer record in order to land Bergwijn. But, with a move yet to reach completion, Michael Bridge exclusively offered his verdict to This Is Futbol, saying:

“So it’s difficult for these players. But at the same time, I think he’s not really doing himself any favours now coming out and saying, I need to go I need to go because I think he’s aware that the negotiations aren’t going very well.

“But as I say, Conte, like all managers, to be fair, he wants to be back on the training pitch on June the 26th, 25th can’t remember what it was but it’s around that date. And he wants as many players as possible who are going to be there next season. It’s not easy, I know that and we all know that in football, but this could be saying that doesn’t have to be so complicated.”

We’d have to agree with Bridge’s comments. A deal, on paper, looked set to be a simple one for Bergwijn. The winger has clearly not helped his case, though, but reiterating his desire to make the switch. And, as ironic as it sounds, Bergwijn’s improved form at the back end of last season certainly won’t be helping his chances of moving.

The Dutchman particularly proved his importance with two late goals against Leicester City to hand Spurs what turned out to be a vital win in their pursuit of top four. As Spurs look to compete on all fronts next season, too, keeping hold of a squad player like Bergwijn may be considered important.

Back at Europe’s top table, Spurs will need a bigger squad than ever to compete. Under serial winner Antonio Conte, they will not want to waste a second, either.