Nottingham Forest: Future of City Ground loanee up in the air 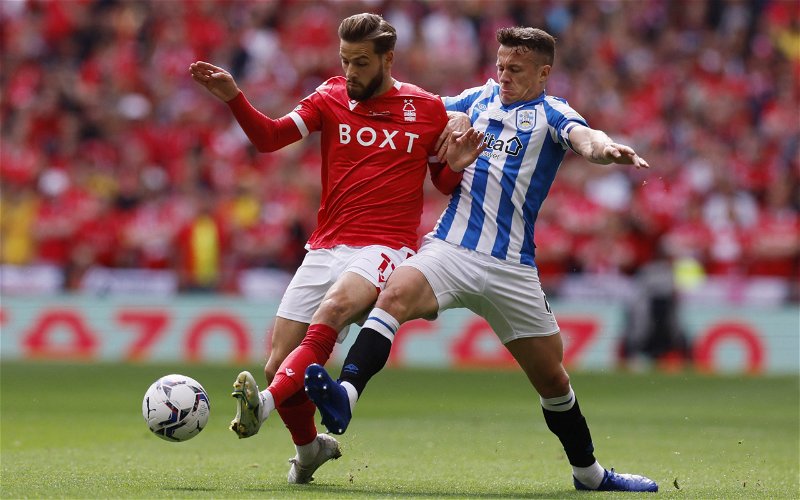 Philip Zinckernagel is perhaps the most unlikely loanee to make a Nottingham Forest return next season.

That’s according to Nottinghamshire Live reporter Sarah Clapson, who was speaking on the Garibaldi Red podcast where the panel were discussing the state of the current Forest squad.

James Garner, Max Lowe, Djed Spence, Keinan Davis and Zinckernagel were all paramount to the club’s promotion success this season.

However, with Premier League sides only allowed to register two loan players at once and given the fact Watford traded places with Forest as they were relegated to the Championship this term, Clapson feels that the Hornets may well keep Zinckernagel at his parent club.

She said: “I think out of all the loans, he’s perhaps the one with a little bit of a question mark because he can be a bit inconsistent.

“Watford will probably think, ‘well, he’s got two promotions now in successive seasons and he’s proved himself in the Championship this year with Forest’, and I think they’ll probably look at him and think, ‘well, he can play a big part for us next year’.”

Would Zinckernagel cut in the Premier League?

With 10 assists this season, the 27-year-old was the joint-highest creator in Steve Cooper’s team alongside Brennan Johnson and Garner, but if Watford were to keep hold of their player, it may not all be doom and gloom for the City Ground faithful.

It would open the door for owner Evangelos Marinakis to explore the idea of bringing in Wolves’ Morgan Gibbs-White, which BT Sport commentator and Forest fan Darren Fletcher has urged the club to do.

He has been hailed as ‘outstanding’ by Barnsley head coach Poya Asbaghi and has worked with manager Steve Cooper before at both Swansea City and as part of the England U17 World Cup-winning squad, and at 22, could prove to be a better option as the east Midlanders attack England’s top tier.

Gibbs-White’s 1.6 key passes per game on loan at Sheffield United this season was double that of Zinckernagel’s tally and he posted more crosses, more long balls and more through balls than the Dane in the most recent campaign.

Zinckernagel is currently among the top earners in Nottingham on £14k per week, and taking him off the wage bill would help clear space for his potential replacement were Watford to keep hold of their creative midfielder, as Clapson has suggested.