Freelance journalist Sean Casey has claimed on the Loaded Mag YouTube channel about a potential Kieran Trippier replacement Newcastle United are interested in.

Trippier was Newcastle’s first signing under the new ownership of PIF and was certainly a statement of intent to bring in an England international who was fresh off the back of winning La Liga with Atletico Madrid and despite playing just seven times last season he was instrumental in their surge up the table.

The England international is still unbeaten whenever he’s started a league game for the Magpies but at 31, Eddie Howe and PIF will know that they need to plan for the future, which is where Brazilian full-back Vanderson could come into play, according to Casey.

Vanderson featured 22 times for Monaco last season, which was his first campaign with the French outfit, but the Magpies are seemingly already keen on the player, as Casey explained:

Do Newcastle need to replace Trippier? 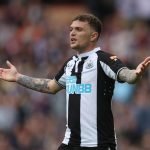 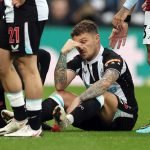 “I was told a couple of weeks back that Vanderson, a young right-back at Monaco, that they are looking at him and see him as the potential replacement for Trippier in the future.”

At the age of just 21, Vanderson would provide some potential to replace Trippier in the future, but is also unlikely to uproot the England international from the right-back spot immediately, allowing him time to develop and learn the English game from one of the top right-backs in the country.

Having just one season of European football under his belt could well be a concern given the pace and intensity of the Premier League, so perhaps giving him at least one more season to prove himself and mature out in France could be the best scenario.