Journalist Ben Jacobs has revealed that Newcastle United are looking at the possibility of signing Manchester United outcast Eric Bailly.

It has been touted that Bailly would be leaving Old Trafford this summer and he could be considered by Toon officials following the Red Devils reportedly offering the Ivorian, as Eddie Howe looks to reinforce his defensive regiment this summer.

The seemingly never-ending Sven Botman transfer saga continues to rumble on, with Milan and the player said to be at a stalemate while Newcastle waits in the wings hoping to land the 22-year-old.

However, a Premier League rival could afford the Magpies with the opportunity of making a very shrewd acquisition. 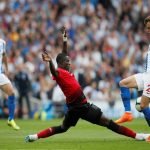 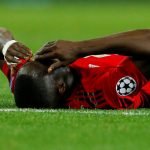 Speaking around the time of the latest reports, Jacobs said: “Eric Bailly is a centre-back that Newcastle are looking at as a kind of Botman backup and I think Bailly’s going to be available at a relatively cheap rate – something under £10m, for sure.”

TIF Thoughts on Bailly to Newcastle…

The 28-year-old has been in Manchester since 2016, and with 70 top-flight appearances, he could be a lower-risk option for Dan Ashworth and his fellow executives.

He played just seven times for the Red Devils last term, which is seemingly the last straw for the 41-cap international, but his experience could be well-received at St James’ Park.

The Mirror claimed that it may take as little as £8.5m to land the defender and signing a player of that calibre for such an affordable price should perhaps be pursued by the north-east club regardless of whether Botman eventually joins or not if the budget allows.