Journalist Keith Downie has claimed that he expects Eddie Howe to bring in a new central defender to Newcastle United in the upcoming months.

Jamaal Lascelles was one of the mainstay defenders in the first half of the Premier League season for Newcastle, but after the January addition of Dan Burn from Brighton & Hove Albion, the Magpies captain has seen his game time reduced.

The Magpies made some impressive January investments, after they brought in Burn, Matt Targett, Bruno Guimaraes, Kieran Trippier, and Chris Wood, which saw their form take a drastic change, and they ended up finishing 11th in the league table. 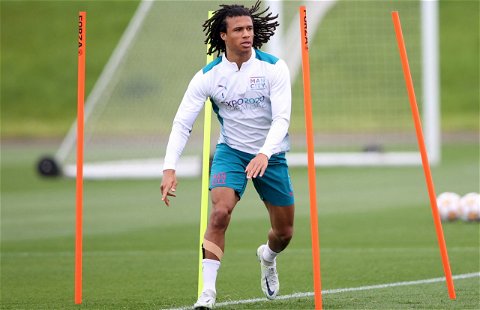 Due to the introduction of Burn meaning that Lascelles’ game time was limited, Downie spoke to GiveMeSport and claimed that it might be time for him to move on and seek a new challenge.

“I do expect them to add at centre-half. He’s struggling to get into the team; you wouldn’t say he’s the first choice at the moment, and that is before they add another central defender.

“So I think that’s going to be a real interesting one over the summer, whether he stays or whether he sees it as the time to go on and seek a new challenge,” Downie said.

Lascelles was a main feature for the Magpies in the first half of the season, when it took them until December to win their first Premier League game, and overall, his form last season was poor after he ended up with an average player rating of 6.73, which was the 16th highest in the entire squad.

Newcastle have been heavily linked with highly-rated Sven Botman, and if this deal does get completed, then Lascelles will likely slip even further down the pecking order, so if he wants to play regular football next season, then he might have to seek a move away from St. James’ Park.