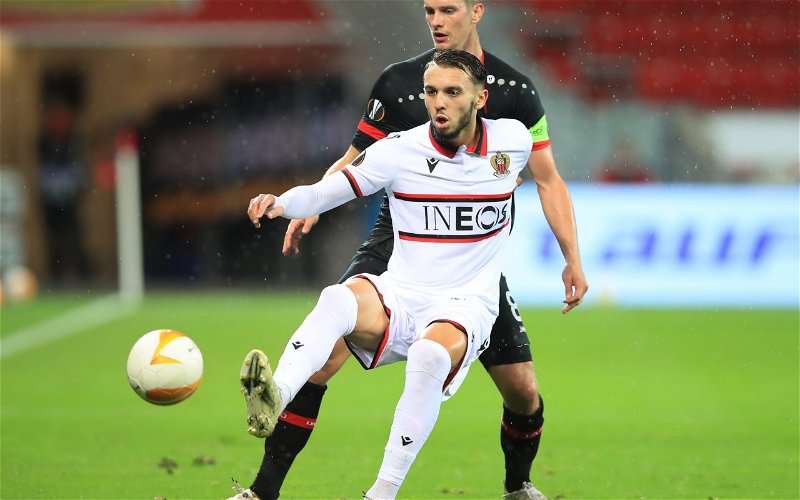 Sean Casey has claimed on the Loaded Mag YouTube channel that Newcastle United already have a Hugo Ekitike alternative in waiting.

Newcastle had been trying very hard to secure a move for 20-year-old striker Ekitike from Reims in both January and this summer, however, with his agent and the player himself proving difficult to deal with a deal is now reportedly off.

While this may have come as a blow to both Newcastle and the fanbase given how long they’ve tracked the striker for, it doesn’t appear as if Dan Ashworth or PIF are too worried as links are already emerging to other strikers across Europe including OGC Nice’s Amine Gouiri.

Casey believes that the Frenchman is the alternative that Newcastle are lining up this summer.

“I think the alternative to Ekitike is Gouiri from Nice. I know they held talks last week, they held talks again today [Monday] so it’s more discussing a fee than anything.

“The player is very keen on the move, I think it would be under the £25-30 million mark but the issue here is that Lyon have a 15% sell-on clause. So what I’m told is the club are negotiating to see how the deal would best work, do they pay £20 million upfront and then is it all bonus related and how much of a percentage do Lyon get?

“Do they only get the upfront fee or do they get 15% of every bonus? So they’re discussing how a deal structure would look like but definitely very keen on him.”

TIF Thoughts on Gouiri as an Ekitike alternative…

Interestingly, the Algerian was tipped to replace Mbappe at Paris Saint-Germain before he signed his new deal.

It does appear that Newcastle are targeting a younger profile of attacker that can play both out wide and through the middle, if required to provide some depth.

While Ekitike is younger than Gouiri, the Nice striker is a lot more proven in Ligue 1 having enjoyed back-to-back successful domestic campaigns registering 22 goals and 16 assists in 80 league games which is impressive and with a price tag of around £20-30 million, as claimed by Casey, the deal could prove to be a no-brainer.