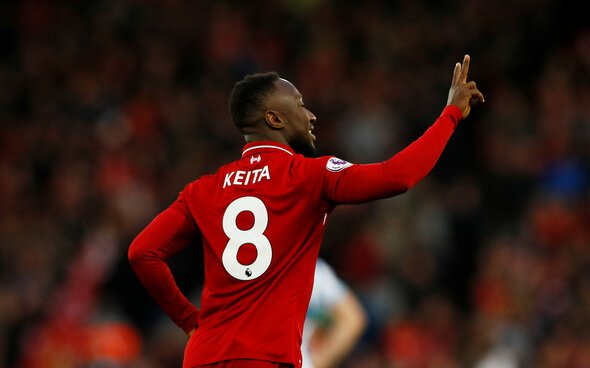 Italian journalist Fabrizio Romano has revealed that Liverpool are prioritising the contract extension of midfielder Naby Keita this summer.

Signed for what was a club-record £48m from RB Leipzig in July 2017, the midfielder arrived on Merseyside 12 months later after an impressive spell in the German Bundesliga.

However, due to various injuries, the 27-year-old has had endured a mixed career with the Reds, whilst going on to make 116 appearances for the club, scoring 11 goals and registering seven assists in the process.

With his current deal entering the final year at Anfield, reports have emerged that FSG are planning contract talks to extend his stay on Merseyside.

Various rumours have emerged stating that the Reds are interesting in bringing Georginio Wijnaldum back to the club, but according to Romano, there is no truth in these rumours and that the club are only prioritising a new deal for the Guinea international.

Speaking on his Here We Go Podcast, he said:

“I wanted to clarify, many Liverpool fans asking on this rumour of Gini Wijnaldum re-joining Liverpool. At the moment, there is nothing. Sources tell me it’s fake news, and the real priority for Liverpool is to extend the contract of Naby Keita.”

Unfortunately for Keita, the 48-cap Guinea captain has struggled to maintain his standards for prolonged spells since joining Liverpool, although fitness and injury issues have often been the main cause of his problems at Anfield.

The £22.5m-rated ace enjoyed a relatively clean bill of health in 2021/22 and scored four times and provided three assists in 40 appearances across all competitions – the highest number of games that the Guinean has managed in a single campaign in four years at the club.

It is clear Jurgen Klopp values the Conakry-born playmaker and deems him vital to his system. It is now the player’s responsibility to perform on a consistent basis and to steer clear of those frustrating niggling injuries to become the player he’s always been primed to be when he left Leipzig in 2017.

With this reported new contract, the ball is in his court to finally prove himself to the Anfield faithful.