Alan Myers has claimed on the All Together Now podcast that he expects at least one big-name Everton star to leave this summer.

It’s safe to say that Everton experienced a very poor campaign which almost resulted in them being relegated and despite securing their Premier League status, that hasn’t stopped talk of big-name players leaving, mainly Richarlison, Dominic Calvert-Lewin and Jordan Pickford.

The former has recently been discussing his Everton future with reports claiming that he does indeed wish to leave Goodison Park this summer, whereas Calvert-Lewin is reportedly a target for Newcatsle United, who are also surprisingly linked with a move for former Sunderland man Pickford. 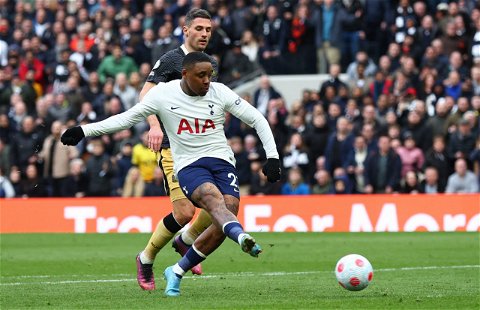 When asked if he thinks one of the three Everton players mentioned above could leave, his response was very clear, as he said:

“I totally expect it and I don’t think it’s just so Frank Lampard can raise the funds, either, I think one or two or three of those players will be thinking, ‘what else is out there for me?’.

Given Everton’s financial woes over recent times and the fact they are a team that only just managed to avoid the drop, they should well be expecting some of the international stars to at least think of pastures new and what their future could look like.

Richarlison appears to very much weighing up his Everton future while Calvert-Lewin’s price tag of £60 million could well put off any interested parties and Pickford is the one gathering the least amount of interest, although a solid World Cup in the winter could see that change when it comes to the January transfer window.