Journalist Tom Barclay has claimed that Jordan Ayew is likely to sign a new contract with Crystal Palace ahead of next season.

Ayew featured 31 times for Crystal Palace in the Premier League this season, but his future at the club is uncertain due to his contract expiring in June, and there have been no reports that he has put pen to paper on a new deal.

However, there have been claims that Patrick Vieira has opted to offer him a new contract with Palace, but nothing has been confirmed yet by the club, so the 30-year-old’s future is currently up in the air. 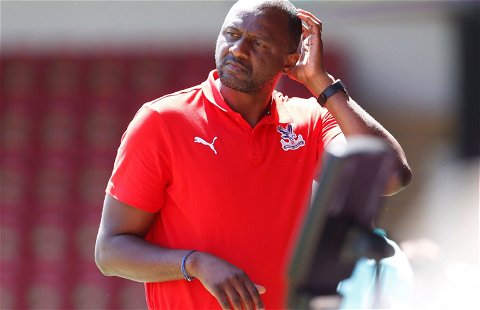 Despite nothing being confirmed by the club in terms of a new deal for Ayew, Barclay claimed to GiveMeSport that it is ‘quite likely’ he will be signing a new contract.

He said: “I’m not sure whether that’s happened yet, but I think it could be quite likely that Ayew’s deal happens. I think he’s a funny one; he divides the Palace fanbase quite a bit, but his qualities are very much appreciated by Patrick Vieira.”

Ayew has had a mixed season in terms of stats for Palace in the Premier League. He is ranked 18th at the club in terms of average player rating (6.77), while he has the joint fifth-most goal contributions (6) and averages the seventh-most shots on target per game (0.3), as per SofaScore.

However, Ayew has been someone that Vieira trusts, as he was awarded regular game time this season, while his work rate off the ball could be something that the French manager wants on his side – so he could be keen to tie him down to a new contract.

However, with the current approach that Palace are going down, by giving younger players first-team opportunities like Marc Guehi and Tyrick Mitchell,  Vieira may opt to bring in a younger forward in the summer, so that he can develop as a player and take Ayew’s place in the long term.