According to Sky Sports journalist Michael Bridge, Crystal Palace are looking at 22-year-old midfielder Cheick Doucoure, but the deal is still far off as the two teams are yet to come to an agreement over the valuation.

It now looks like they are aiming to continue the rebuild and address their midfield as they have been linked with Doucoure, who impressed at Lens in the Ligue 1 last season after the side finished seventh in the table, ahead of French giants Lyon. 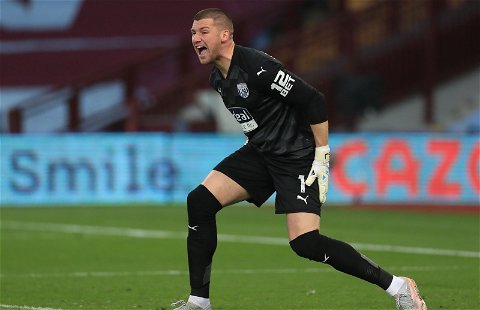 While it is still early in the transfer window it seems the two teams are far off from coming to an agreement for the 22-year-old, according to Bridge, the French manager wants him but the two sides have not decided on a price for the player.

He told The Transfer Show, “The midfielder who they are talking to at the moment is Cheick Doucoure, a French midfielder. Patrick Vieira is very keen on him. But I don’t know if the clubs are anywhere near in their valuation at the moment”. (17:22)

TIF Thoughts on Doucoure to Palace…

The Eagles need to address their defensive midfield position, they currently have three recognised players at the position, Cheikhou Kouyate (32), Luka Milivojevic (31), and Jairo Riedewald. Out of the three of them, two are over the age of 30 and Riedewald has only managed three Premier League appearances this season, racking up just 137 minutes on the pitch.

They are dying for an injection of youth and Doucoure, who Seko Fofana called ‘incredibly complete’, could be the perfect fit to play alongside James McArthur and Eberechi Eze next season. The defensive midfielder impressed last season with one goal and four assists in all competitions while averaging 2.2 tackles, two interceptions, 1.3 dribbles, 1.2 key passes, and 2.4 long balls per game with 87.5% passing accuracy on 55.7 average passes per game. (Whoscored)

The £13.5 million-rated Mali international also ranked in the 93rd percentile for progressive passes with 6.26 per game and progressive carries with 6.87 per game. He also finished in the 84th percentile for interceptions and the 81st for pass completion (Fbref). The deal may seem a long way off but it was recently reported by L’Equipe that the club and player had come to an agreement on personal terms, so keep an eye on this one!