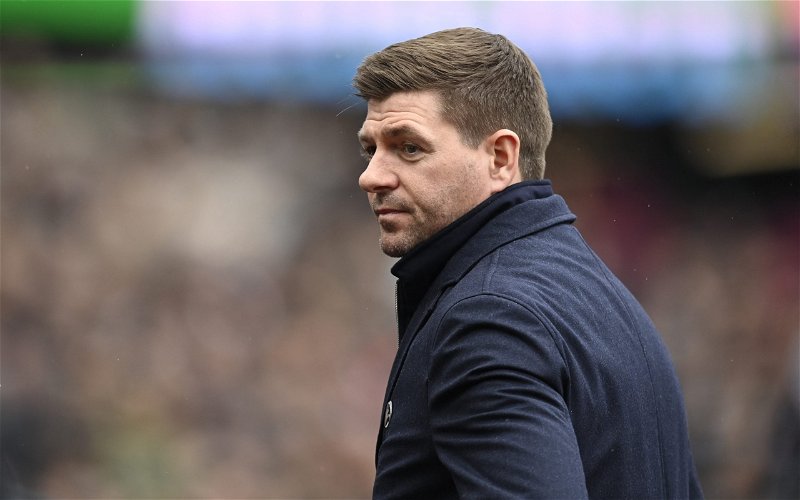 Journalist Alex Crook has claimed that Joe Aribo ticks a lot of boxes for Aston Villa this summer when talking about a potential move to the club.

Premier League outfit Aston Villa are reportedly one of the clubs interested in luring Joe Aribo away from Rangers this summer, with other sides such as Crystal Palace and newly promoted Fulham also interested in his services.

Aribo was impressive for the Gers last season, he score eight goals and chipped in with six assists in the Scottish Premiership, but with his contract expiring at the end of next season, Giovanni van Bronckhorst might opt to cash in on him rather than seeing him leave for free at the end of his contract.

With Villa reportedly showing interest in Joe Aribo, Crook has claimed to GiveMeSport that his connection with Steven Gerrard has given them a boost in the race to sign him.

“I don’t think they’re in any great rush to add more faces, but Joe Aribo, obviously, he’s got that connection with Steven Gerrard from Rangers as well, so that ticks a lot of boxes,” Crook said.

With Steven Gerrard previously being Rangers boss, and being the manager in the 2020/21 season when they won the Scottish Premiership going unbeaten in the league, he has a connection with Aribo that could give Villa a boost above their opponents in the race to sign him.

Aston Villa have already made three summer signings, but Coutinho is the only attacker and he was at the club on loan last season, so Gerrard will most likely want to add someone in the attacking third as his next signing, and Aribo could the player.

Aribo, who was lauded as ‘phenomenal’ by journalist Jack Koblitz, showed his versatility last season, he played in several positions, but primarily on the wing or in the heart of midfield, and Gerrard will know his capabilities so he could bring him in to cover several positions.