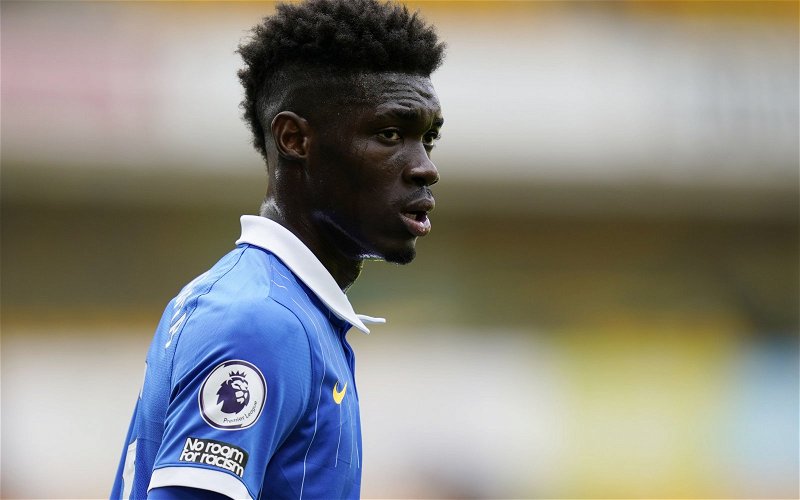 This summer, rivals Tottenham Hotspur were able to announce the signing of the former Brighton midfielder for £25m (that could rise to £5-10m more in bonuses).

However, it’s no secret that the Gunners had an interest in the Premier League player with Goal journalist Charles Watts saying that he had been monitored by Arsenal before making the switch to Spurs.

In reaction to the transfer, Beya outlined his frustration in no uncertain terms while speaking on the Rio Ferdinand Presents FIVE podcast.

Interestingly enough, shortly before the move to Spurs, Bissouma’s acticity on social media suggested he was keen on a move to the Gunners.

Indeed, on his Instagram story, he shared a post from an Arsenal fans who would said that he should be signed ‘at all cost’ this summer to improve the club’s midfield (via football.london).

In the end, though, Tottenham made their move and clearly wanted the player more. And with this potentially being a great signing for Spurs, it seems as though Beya has found it all a rather bitter pill to swallow – however, the seemingly imminent signing of midfielder Fabio Vieira from Porto may have eased his anger.