Newcastle United will have an eye on Philippe Coutinho’s situation ahead of the summer transfer window, according to Dean Jones.

The transfer insider was speaking on the latest Touchline Talk show to discuss the Brazilian’s future with his loan deal set to expire soon with Aston Villa. 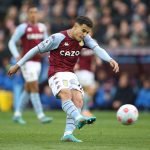 It is believed Villa have the option to make Coutinho’s move to Villa Park permanent for a fee in the region of £34m – which Gerrard is said to be keen on doing.

The 29-year-old is bringing his 2021/22 campaign to an end in poor form having impressed in the opening eight appearances in the Premier League.

In his last six games, Coutinho has failed to score or provide an assist, however, Jones feels the Magpies will have an eye on his situation regardless of his recent form:

“Newcastle will be watching that situation with interest, I think. Because Barcelona want a decision on this by the end of May, and they want a deal concluded in June.

“So if Villa hesitate over that Newcastle will just jump in and they’ll make a proposal. I don’t doubt that at all. They’re looking to add star quality to their own team. And at that sort of money, I don’t think Newcastle will consider it a gamble.”

It certainly feels like a move in which the Toon could potentially make this summer with hopes of continuing the club’s development amid their big plans for the future.

And Coutinho would certainly add to the experience provided by the likes of Kieran Trippier as a league winner in Spain and Germany as well as lifting the Champions League.

However, his recent form would certainly cast doubt, for us, over a deal as we question whether the £34m and expected big weekly wages could be better spent elsewhere with Jesse Lingard available as a free agent.