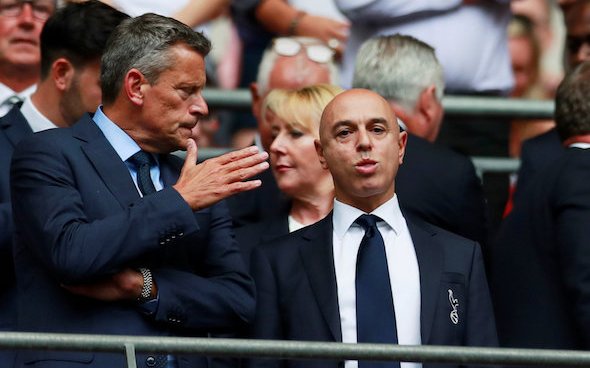 Insider Dean Jones says that former Tottenham Hotspur manager Mauricio Pochettino could be in line for a sensational return to the club if current boss Antonio Conte decides to leave.

The Argentinian coach was sacked by Spurs officials in November 2019 with chairman Daniel Levy saying that a change had to be made in the “club’s best interests”.

The current Paris Saint-Germain manager arrived in north London from Southampton in 2014 and guided the club to four top-four finishes during his five seasons at the helm and reached the Champions League final less than six months prior to his dismissal.

With rumours swirling about Conte’s future, Pochettino is being targeted for a return to the Tottenham hot seat with Brighton & Hove Albion boss Graham Potter also a potential candidate, Jones told GIVEMESPORT:

“I think Pochettino is the go-to person for them, the next time they need a manager. We’ll have to wait and see if he’s actually available or not. But, Graham Potter’s on that list too, so I’d say they’re the two frontrunners at the moment, Poch and Potter, if Conte was to go.”

It has been quite the turnaround at Hotspur Way since Pochettino was seen there last.

The club refreshed their team in January bringing in Rodrigo Bentancur and Dejan Kulusevski who have slotted seamlessly into the side and Pochettino could be excited to inherit a fresh crop of talent.

Last season in France, the Argentine collected the Coupe de France before expectedly regaining the Ligue 1 title this term.

He led Spurs to their record Premier League points tally in 2016/17 with 86 and arguably enjoyed a better spell in the English capital than he has in the French one despite not claiming any silverware.

It remains to be seen whether or not the Argentine decides to reunite with his former employers but he still seems like the ideal replacement should Conte decide to turn in after just half a season.

AND in other news, Jose Mourinho launches fresh six-word dig to Daniel Levy at Spurs