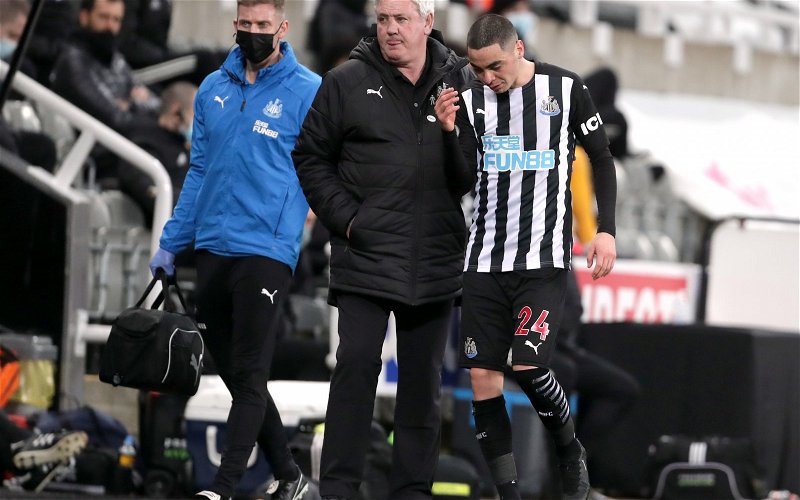 Newcastle United correspondent Lee Ryder was left far from impressed by the performance of Miguel Almiron on Sunday afternoon.

The Toon left the Etihad Stadium having been beaten in emphatic fashion and the Paraguayan forward saw himself hooked by Eddie Howe after 80 minutes.

Is Almiron good enough for NUFC? 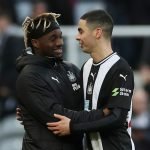 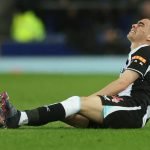 Defeat on Sunday in Manchester saw Howe’s men fail to win either of their last two games after an impressive run of four victories on the trot.

In the last two games, the 28-year-old has started on both occasions having scored his first league goal of the season just a matter of weeks prior.

However, it was apparent Ryder was not wowed by the Paraguayan as he awarded him with just a 4/10 rating for his display at the Etihad: “Not much impact. Slightly better after poor first half. No surprise to see him hooked,” wrote Ryder for The Chronicle.

It was certainly an underwhelming display from the 28-year-old – albeit against the champions-elect – as he only managed to land 26 touches on the ball (via SofaScore).

Despite having barely touched the ball, Almiron managed to lose the ball on six occasions and failed to attempt a single dribble or shot in his 80-minute display.

And despite getting his name on the scoresheet the other week, we think there have to be some question marks over where Almiron’s future having provided just the one goal involvement in 30 appearances.