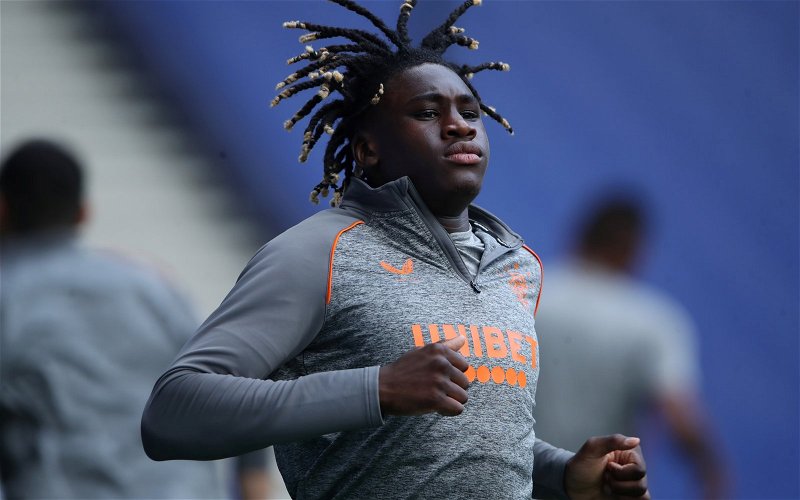 Sky Sports journalist Jaydee Dyer took to Twitter to announce his wonder at Rangers defender Calvin Bassey’s performance during Wednesday night’s Europa League final – and believes every team in Europe should be on the watch.

Rangers’ European title dreams came to a dramatic end on Wednesday night as they failed to see off Bundesliga side Eintracht Frankfurt in Seville after drawing 1-1 after extra time thanks to goals from Joe Aribo and Rafael Borre.

The game then went to a dreaded penalty shootout, where Gers summer signing Aaron Ramsey missed the only penalty of the night, meaning Frankfurt won 5-4 and covered themselves in European glory.

However, Rangers fans can take solace in one thing – the performance of 22-year-old defender Bassey, who put on a stellar performance, making numerous blocks and crucial tackles throughout.

Sky Sports journalist and host Dyer echoed this sentiment on Twitter, praising the young player’s performance and making a huge claim about his future in the game.

He wrote: “The performance that Calvin Bassey is putting in tonight is genuinely putting the whole of Europe on notice”.

His stats from the game back up Dyer’s thoughts on the performance, as according to SofaScore, Bassey managed 93 touches, with 56/76 passes completed – a success rate of 74%.

He also managed four successful long balls, winning three ground duels and four aerial duels. However, the most impressive part of his game came on the defensive side, with four clearances, two blocked shots, three interceptions and two tackles, while he was only dribbled past on one occasion throughout the 120 minutes.

After that performance, Bassey has a great chance to make a huge summer move to a big club where he can showcase his talents on a bigger stage, or establish himself as a Rangers great. Despite losing, putting on a display like he did could mean great things for the future of the 22-year-old.