Celtic: Journalist claims long-term deal is ready to be offered to Ange Postecoglou

Journalist Dean Jones has claimed that Celtic will try and reward Ange Postecoglou with a long-term contract after impressing in his first season.

Celtic appointed Postecoglou at the end of last season after a disastrous Scottish Premiership campaign saw them fall 25 points short of their local rivals, as the Hoops were denied the chance to win a 10th league title in a row.

The Australian manager has turned things around, making 17 transfers since his arrival, and spurring his side on to win the SPFL as well as the League Cup earlier in the season. 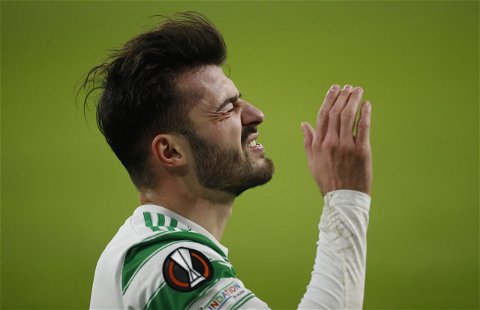 With Postecoglou winning two trophies in his debut campaign at Parkhead, Jones spoke to GiveMeSport and claimed that he may well be rewarded with a new long-term deal.

He said: “I imagine they’ll try to reward him in some term. I mean, whether he wants a long-term commitment, who knows, I don’t think he’ll be pushing necessarily for raises or anything like that at this point.

“But from a Celtic point of view, you’ve got this identity now; they’d hate to get into a situation at the start of next season where they’re doing really well, and suddenly another job comes up elsewhere, and he’s pretty available because there’s not going to be much of a fee to get him out of there.”

After the shameful season last term for Celtic, there needed to be wholesale changes at the club, and Postecoglou has done this remarkably, bringing in several key players who have had an instant impact, such as Jota, Kyogo Furuhashi, Liel Abada and Giorgos Giakoumakis, who ended up being their four highest scorers in the league.

With the immense job Postecoglou has done since his arrival, this may have caught the eye of many clubs across Europe, so the Celtic board may be keen to tie him down to a new long-term deal to secure his future at the club, so we agree with Jones’ claim that an extension could be in the offing.