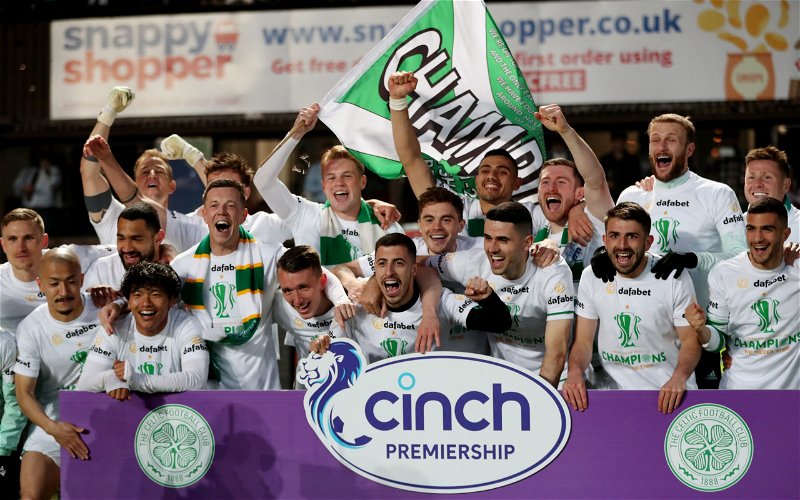 Journalist Dean Jones has claimed that Celtic must avoid what happened to their rivals when they lost their manager, by awarding Ange Postecoglou a new contract.

Postecoglou has impressed in his first season in charge as Celtic boss, he guided his team to win the league title by four points, and he also led his side to win the Scottish League Cup earlier on in the season.

The Australian boss has brought in 16 new faces to the club since his arrival and the haul of changes has worked after they completed the domestic double. The 2020/21 season was a disaster for Celtic, as they failed to win their 10th league title in a row when Rangers went unbeaten and won the division by 25 points.

Due to the major impact that Postecoglou has had at Parkhead this season, Jones claimed to GiveMeSport that he should be rewarded with a new contract.

“I guess there’s a little bit of a warning from what happened with Steven Gerrard at Rangers. Rangers were pretty devastated by the fact they lost him.

“They did a decent job of replacing him, but your whole plan falls by the wayside, and you have to rebuild. They won’t want that. Postecoglou has been so good in terms of recruitment and finding players that are the right fit for this team and this league, so it does seem fitting they should reward him.” Jones said.

There were severe changes in the squad for Celtic this season, especially in the summer transfer window, but things did not instantly go to plan, when Giovanni van Bronckhorst took over as Rangers boss, they were four points ahead of the Hoops, so things weren’t looking great for Postecoglou.

However, things soon turned around and he managed to get his new players used to Scottish football, which consequently led to four of his new signings being the club’s top scorers in the SPL for his side.

With the superb job that the Australian manager has done since his arrival, it is imperative that the board tie him down to a new deal, to assure that he will stay at Parkhead for the future.