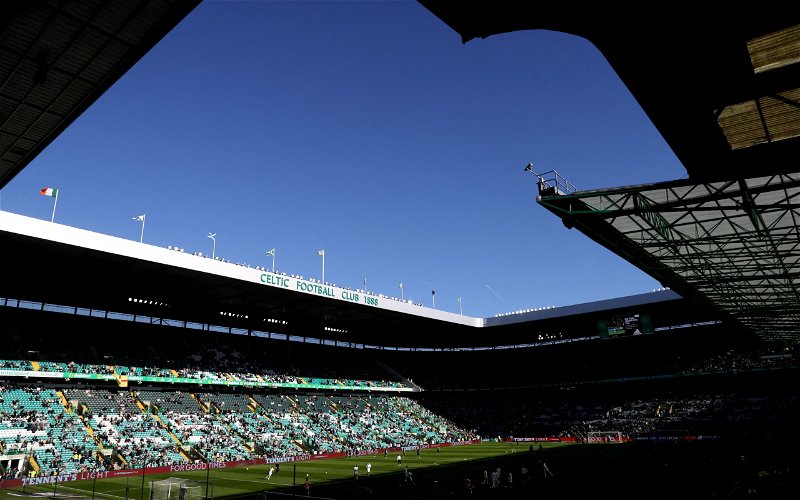 BBC man and former manager Craig Levein was left frustrated by the referee’s decision not to give a free kick in the lead up to Celtic’s equalising goal on Saturday.

Celtic all but secured the Scottish Premiership title after coming from behind to take all three points against Hearts at Celtic Park on Saturday afternoon.

Ellis Simms shocked the home fans with a goal after three minutes to put the visitors ahead. Daizen Maeda then equalised before Kyogo Furuhashi’s headed over the line to complete the comeback. Matt O’Riley and Giorgos Giakoumakis completed the scoring as Ange Postecoglou’s side secured all three points.

Although an impressive turnaround, there are still controversies around the game, with Celtic’s opening goal being a questionable one according to Levein.

The incident in question took place deep in the Celtic half on Toby Sibbick, however, the visitors had a number of opportunities to recover as the Bhoys countered, but failed to do so.

At half-time, the former Hearts manager had the following to say on Maeda’s opening goal: “I’m not questioning the quality of Celtic’s equaliser; it’s a fantastic goal. But it’s a clear foul on Sibbick and if the foul is given then it wouldn’t have occurred.”

If it was deemed as a foul then obviously the counter-attack wouldn’t have happened, nor would the goal have been created, so Levein is obviously going to be right when he says that.

He deemed it himself to be a foul in the buildup to the goal so he clearly will be fuming with the decision not to give it on the field and effectively keep Hearts in the lead. That first goal will have given the hosts and the home supporters a boost and built the momentum to help them get the second and the lead, just seven minutes later.

However, regardless of the decision, Celtic’s class prevailed as they extended their lead at the top of the table and could now see themselves crowned champions as early as tomorrow.

In other news, Celtic supporters likely to be fuming…