Journalist Pete O’Rourke believes that Celtic could make a real improvement to their squad in the summer by acquiring Hammarby IF left-back Mohanad Jeahze.

Despite a season of overwhelming change, what was thought to be a campaign of ‘extensive rebuild’ at Parkhead has turned into a fruitful one for the Hoops.

Manager Ange Postecoglou has brought in no fewer than 17 players since his arrival in Glasgow but his team are on the brink of regaining the Scottish Premiership title in just his first season in charge.

Despite the incomings, left-back remains an issue with Greg Taylor the only natural option. Boli Bolingoli was spotted training alone in Belgium after falling out of favour meaning that right-sided defender Josip Juranovic has often had to deputise on the left this season.

The Scottish Sun recently revealed that the club are ‘tracking’ Jeahze ahead of a potential move and O’Rourke is adamant that the 25-year-old would be an upgrade on their current options.

“Bolingoli doesn’t figure in the plans going forward, while young Montgomery has been out on loan at Aberdeen as well. So, I think he’s (Postecoglou) had to play Juranovic sometimes at left-back this season when he’s a regular right-back.

“So, I think getting the Swedish left-back, who’s playing for Hammarby right now, could be somebody who would definitely improve Celtic’s options at left-back.”

Who will win the title next season? 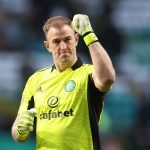 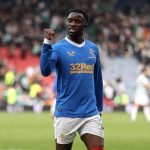 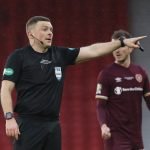 Reports suggest that the Swedish-born Iraqi international would be available for around £2m and since his move to Hammarby in 2020 the ‘class’ full-back, as dubbed by his teammate Darijan Bojanic, has contributed two goals and 12 assists in 56 appearances for the club.

His current employers, who ironically also play in green and white, sit top of the Swedish Allsvenskan after six games with Jeahze ranking second on SofaScore for player ratings at the club with an average of 7.63.

He could well be the man needed to fill the void at left-back for the Lennoxtown outfit and for just £2m he could prove to be a real bargain.

AND in other news, Journalist issues update on ‘ongoing’ negotiations at Celtic