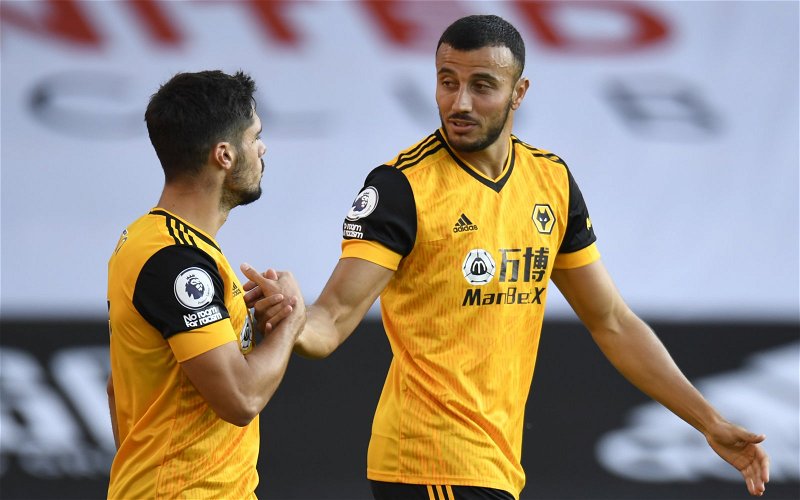 Wolverhampton Wanderers are still looking to secure European football at Molineux next season, but they could already be facing issues when the 2022/23 season gets underway.

All teams look to strengthen their squad when the transfer window opens, however Wolves’ task could be made harder with key players potentially on their way out of the club.

Romain Saiss is out of contract at the end of the season, with the defender looking set to exit Molineux, discussing his likely exit with Sky Sports earlier this month in an exclusive interview.

Pete O’Rourke has been looking at the potential exit, talking exclusively to GiveMeSport, he had the following to say: “He would be a big loss for that side; he’s a bit of an unsung hero, I think, for Wolves, Romain Saiss, he just goes about his job. He’s always consistent and has been a key figure for them in helping establish themselves as a Premier League club as well.”

Saiss would certainly be a huge loss for Bruno Lage, he has already offered him a new contract earlier in the season, so is clearly keen to keep the Moroccan at the Midlands club, seeing him as a big part of his future plans.

He already has 32 appearances for Wolves in all competitions, so is clearly important to the club, so losing him will be a major setback as they’ll have to try and find a replacement which won’t be easy.