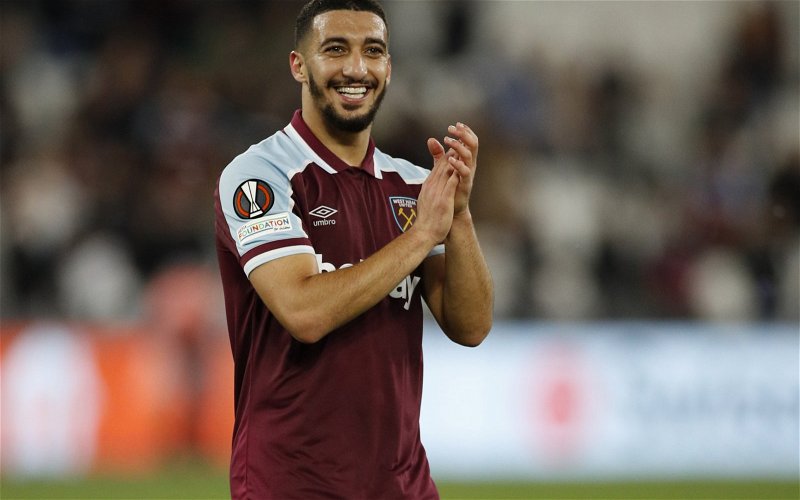 West Ham United will look to bounce back immediately this afternoon after losing twice in the last seven days to Chelsea in the league and then Eintracht Frankfurt in the Europa League semi-final first leg.

One man who had to settle for a place on the bench in the Europa League tie was Said Benrahma, although the Algerian did start in the Premier League game against Chelsea.

It is a big game in the Hammers’ search for a spot in Europe next season with three points against the Gunners taking them into sixth spot and above Manchester United.

The Algerian has shared the following image on his Instagram story: 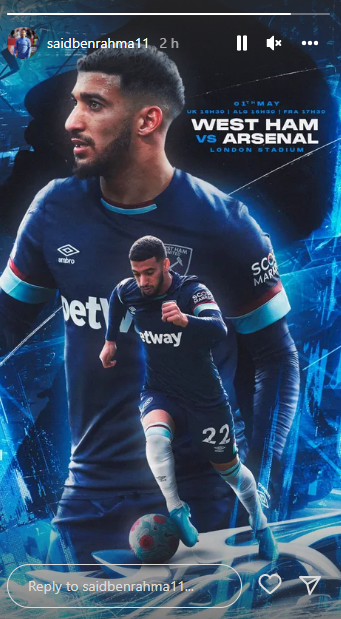 After sitting out midweek you’d expect him to be restored to the starting lineup, he has already racked up 45 games for the Hammers in all competitions this season, so is clearly a key player for David Moyes.

Their task will be made harder today though as Craig Dawson is missing via suspension, the defender has 46 appearances this season so is obviously one of the first names on the teamsheet for Moyes. That’ll be a huge blow given the importance of the game with Arsenal in the race for European qualification.