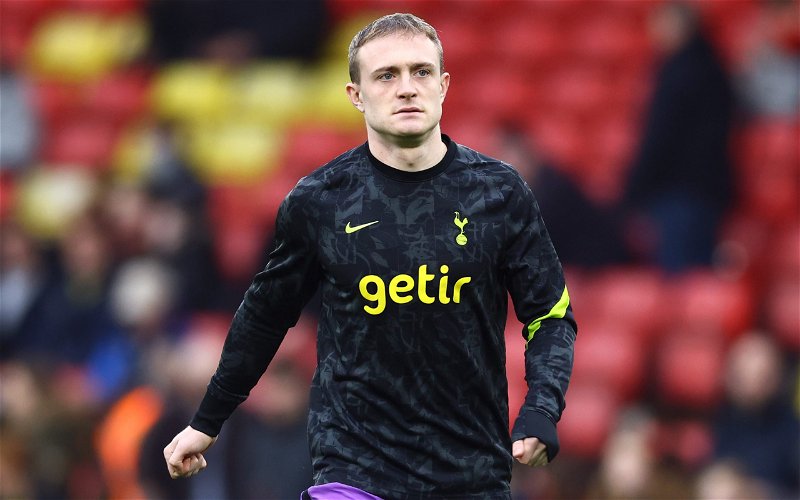 Tottenham Hotspur are looking to secure a Champions League place come next season, with an emphatic north London Derby victory giving them a real chance of pipping rivals Arsenal to the final spot in the top four.

Antonio Conte is looking to rebuild at Spurs, with attentions already being turned to the future for the Italian and the club. Oliver Skipp signed a five year contract that will keep him at the club until 2027, so Conte is clearly a big fan of the midfielder and is looking into the future.

Transfer Insider Dean Jones has been talking about Skipp, having the following to say on him to GiveMeSport: “Conte absolutely loves Skipp, hence the big new contract. This guy is seen as a future Spurs captain, so when we read about new targets in the transfer window, it’s also worth bearing in mind that this player is going to be a major part of any rebuild.”

You can certainly see it happening when you look how highly rated he is in London, specifically by the manager. He has already been rewarded with that new, long-term contract, but he is a key part of the side when fit.

Antonio Conte has grown very frustrated at times with the medical stuff and how they’ve dealt with his injury, which just goes to show how desperate he is to get him back in the side.

He played 28 games before his injury, but should be back in time for pre-season after having surgery to correct his problem. Offering a young player a long deal like Spurs have done just solidifies what Jones is saying, you feel Skipp will be key to any rebuild at the club.

In other news, Alasdair Gold hits back at Jurgen Klopp