Simon Jordan has sent a message to Tottenham Hotspur chairman Daniel Levy ahead of the summer to back manager Antonio Conte this summer.

The pundit was speaking live on TalkSport on Tuesday after the Lilywhites were handed a huge boost in their hopes of securing Champions League football.

Are you confident Levy will back Conte? 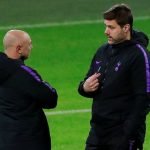 Going into the final game of the Premier League season, Tottenham need to claim just one point from their away trip to Norwich City on Sunday.

And with Champions League football now expected to be returning to N17 for next season, Jordan has encouraged Levy to provide Conte with the funds needed in the summer window.

He said: “You’ve got to back him if you wanted to win something. And I do believe that Tottenham can win something under this manager. What that winning looks like, whether that’s a League Cup, an FA Cup, a Europa [League] if they’re knocked out of the Champions League, or something more significant in years to come with Champions League.

“I think you’ve got a live one here, and it’s incumbent upon Daniel to get that £40m/£50m the Champions League is going to bring in – and hopefully it’s not all bonus to the players, by the way, because half that money will probably go to the players before anyone’s even kicked a ball because of bonuses.

Regardless of what happens on Sunday, this needs to be the case at Spurs, with Conte having shown what he can do with limited resources since arriving in November.

Even in the January window, the Italian was left a frustrated figure with the club, seeing more players depart than what came through the doors.

However, it is apparent Conte and Fabio Paratici can work together well and improve Spurs in the transfer window, with both January signings Dejan Kulusevski and Rodrigo Bentancur playing big roles in the XI since joining.

With this in mind, it should be an exciting summer ahead for Spurs fans if they secure Champions League football with the draw of the elite competition surely only helping Spurs in the window.

But, as Jordan mentioned, it is absolutely crucial this time the funds are made available for Conte, with the Italian not one to stick around if he is not pleased by the way a club operates.