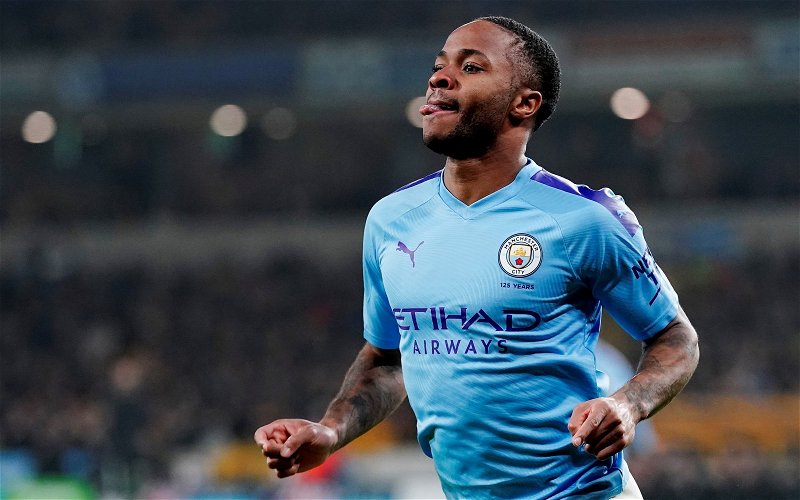 Tottenham Hotspur boosted their chances of securing Champions League football this past week with six huge points from their last two games.

Although Arsenal hold a game in hand over their rivals with just one week remaining, Spurs are seemingly already plotting for next season with plenty still to be decided this campaign.

Funnily enough, it looks like the North London rivals are going to be going head to head in the transfer market, with both Arsenal and Spurs interested in signing Raheem Sterling from Manchester City.

Pete O’Rourke has been talking to GiveMeSport to give his opinion on the possibility of Spurs going for Sterling:

“That’d be an exciting signing to make. I can’t see it happening myself. I’d be very surprised if Spurs could get near Raheem Sterling’s wages right now. I don’t think they will break their wage structure for that one; to bring Sterling to the club either.”

The English winger has 17 goals and eight assists this season in his 46 appearances, so clearly has been playing a key part in the Citizens topping the Premier League table with a couple of games remaining.

If Spurs could sign him it would take some pressure away from Kane and Son who are shouldering the majority of Tottenham’s goals. The duo both have over 20 goals each, with the third top scorer Lucas Moura, only managing six. So you feel it would be a huge step forward should Antonio Conte secure the services of Sterling.