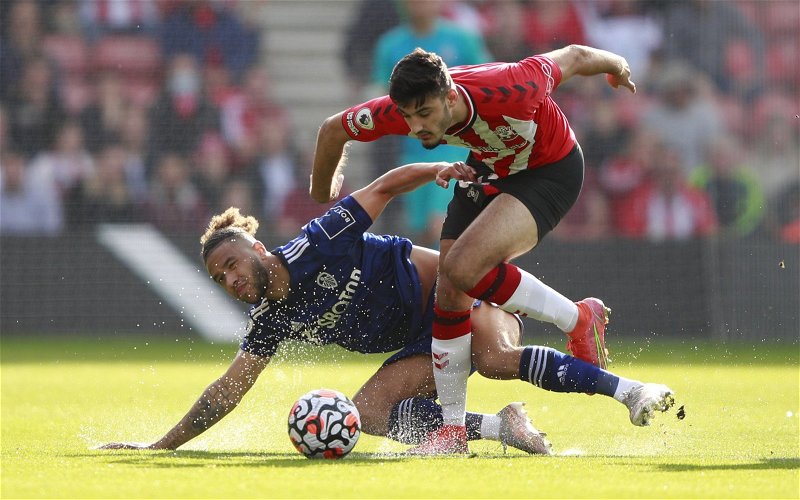 Armando Broja has taken to Instagram to say goodbye to the Southampton faithful after his loan spell with the club expired.

The Albanian striker has been impressive during his first full season in the top flight of English football, featuring 38 times in all competitions, whilst netting nine times and registering one assist for the Saints.

Before his loan with Southampton, Broja spent time in the Netherlands with Vitesse Arnhem, where he scored an impressive 11 goals in 34 games in all competitions, which is what attracted the Saints to get him in the door this season.

Despite the links of a permanent deal for Broja at Southampton, he has recently posted a farewell message via Instagram, which implies that he will not be returning to St Mary’s next season.

He wrote: “I just want to start off by saying what a great season for me and my family personally. A season full of ups and downs, but no matter what, I had family and amazing people to help me get through it.

“I also want to say a massive thank-you to @southamptonfc and the amazing fans for allowing me and having the belief in me to showcase what I can do. I appreciate all the support and love you showed me and the team.

“Finally, I want to say thank you so much to the players, you guys taught me so much this year. I loved every minute with you lads, it was honestly something special to me. You have not only become brothers to me but also family. I will miss you guys!” 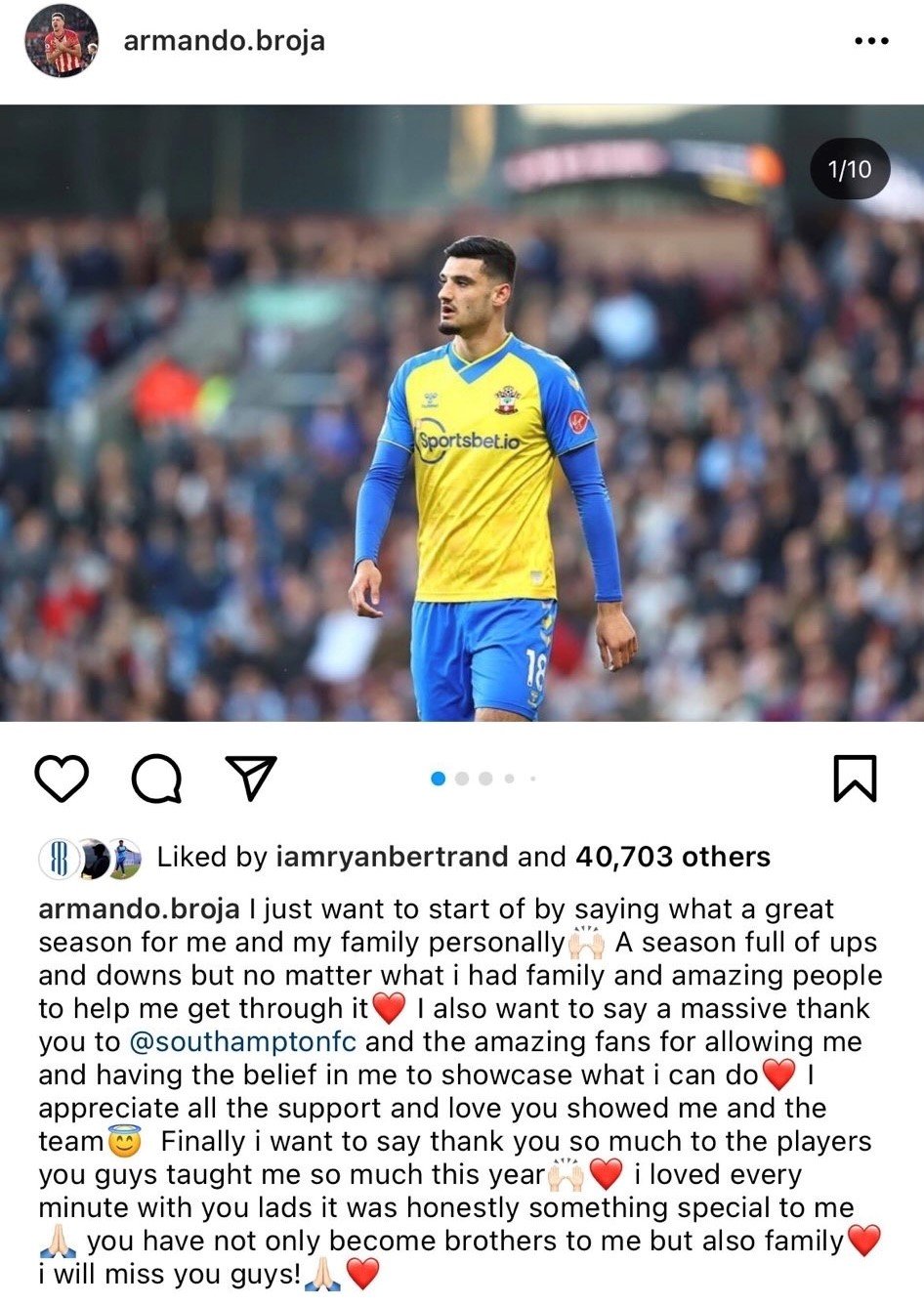 Broja has caught the attention of several Premier League clubs whilst on loan at Southampton this season, and it is easy to see why. In the Premier League, he has a goal every 330 minutes, which was the fourth-highest at the club. He was also the Saints’ third-highest scorer with six goals despite starting just 21 games, while he had the third-most shots on target on average per game (0.7), as per SofaScore – all at the age of 20.

The Albanian striker may seek a new challenge for a club that finished higher up the table either on loan or on a permanent deal next season after producing impressive stats for Southampton, who ended up finishing 15th due to a disappointing end to the campaign.

However, he is already settled in at St Mary’s, so Ralph Hasenhuttl may push to bring him in again on loan rather than splashing out on a striker who may be deemed as more of a gamble than the Albanian.

That said, the fact Broja says that he will miss his teammates may hint that he sees his future away from the south coast.