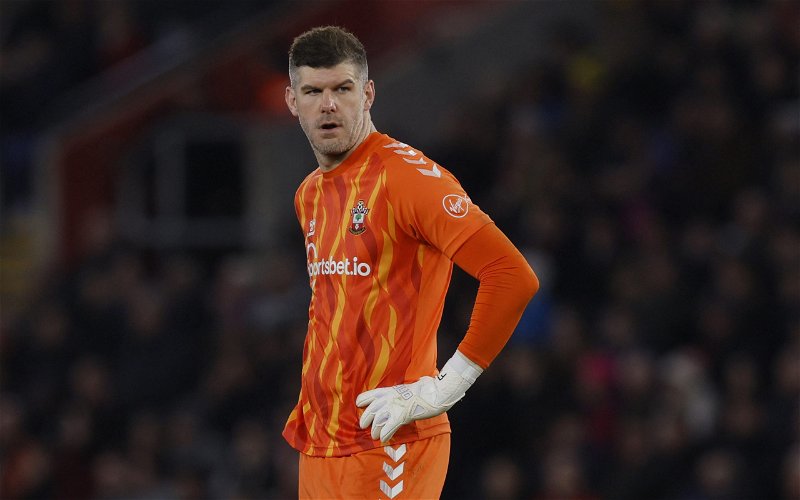 Southampton are mathematically safe heading into the final matchday of the 2021/22 season, so can look ahead to next season already, planning for another year in the top flight of English football.

Fraser Forster has played 19 Premier League games this season, but missed the last outing against Liverpool with injury – and with that, he could have played his last game for the Saints.

Alex McCarthy, the usual number one, made his return in the clash against the Reds after being sidelined through injury since December.

Forster is out of contract at the end of the season, with journalist Tom Barclay providing GiveMeSport with an update, saying: “I don’t think in an ideal world they want two older goalkeepers, so if you had to put money on it, you would have to think that he would move on, but that’s still yet to be confirmed.”

If it gets to this point in the season and a new deal isn’t already in place, you would imagine you’d see the player on their way out. Unless a last-minute deal can be agreed upon, it looks like the £2.25m-rated shot-stopper could be on the lookout for a new club.

Forster is 34 now, with previous reports suggesting McCarthy has signed a new deal, nodding to him carrying on as the first-choice ‘keeper, so you’d imagine Forster will have to seek more minutes for himself elsewhere.

In other news, Southampton keeping tabs on Man City ace