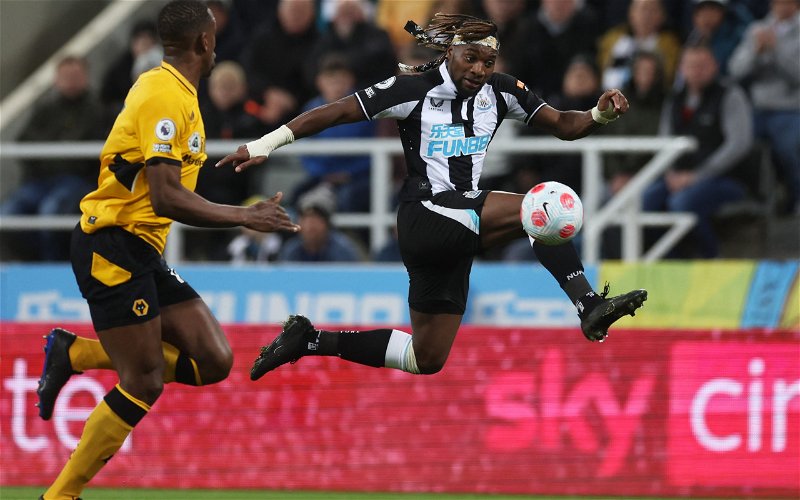 Newcastle United fans will surely be furious to read Allan Saint-Maximin’s latest comments about himself and his teammates.

During the first half of the season prior to Newcastle United’s takeover by PIF and then the well documented £90 million-plus being spent during the January transfer window, Saint-Maximin was the Magpies’ talisman and keeping them just within touching distance of the teams outside of the bottom three. 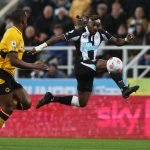 Now, the Frenchman is on a rather poor run of form, especially in front of goal and when it comes to attacking output with the winger boasting just one assist or goal in his last 12 league matches, with players such as Joelinton and Bruno Guimaraes fairing a lot better while playing in much deeper roles.

The Frenchman though has spoken to So Foot magazine (via Daily Mirror) about his form and what he could be like in the future, claiming ‘Those who have played with me know very well that in terms of pure quality, I have nothing to envy to Sadio Mane. The day when I have a player capable of finishing the actions, I will make seasons with 10-15 assists, and I will change dimension in the people’s heads.’

Eddie Howe has certainly brought about a collective effort within the Newcastle United team, as shown by several squad photos, with everyone working together and pulling in the right direction, however, these comments are pretty much the opposite of that as Saint-Maximin is almost blaming his teammates for the reason his attacking numbers have been so poor, especially of late.

There has been a lot of talk and reports that PIF and Howe would be willing to cash in on Saint-Maximin if a big enough offer was received and while his tricks and ability to dribble and progress the ball are a huge asset for the Magpies, if this is what he’s been thinking while on the pitch that his teammates are the problem and not him, then it would be a shock to see him stick around on Tyneside under Howe for much longer.