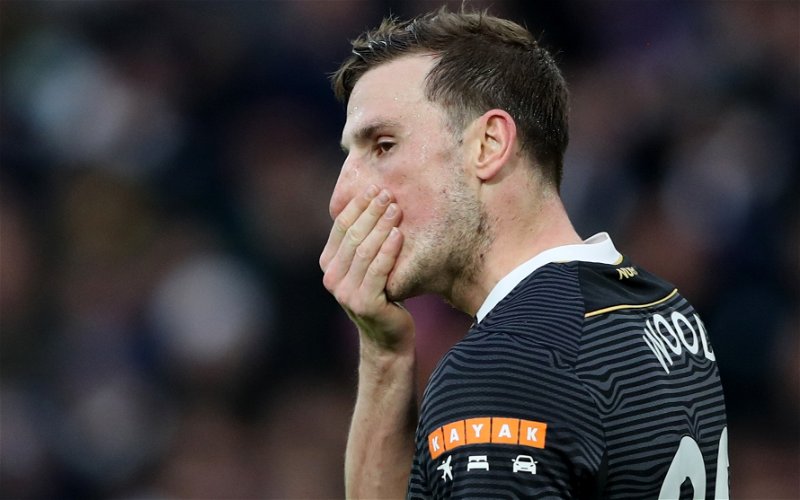 Newcastle United couldn’t upset the odds on Sunday as they took on Manchester City at the Etihad Stadium, with the hosts prancing to a comfortable victory.

The deadlock didn’t take long to be broken as Raheem Sterling put City ahead after just 19 minutes. Aymeric Laporte added the second before the interval and Rodri and Phil Foden made it 4-0 before Raheem Sterling completed the scoring and bagged his brace.

The game could have been much different had Chris Wood not spurned his glorious early opportunity, as the Magpies then found themselves chasing the game. He had a header from six yards out but couldn’t convert.

Phil McNulty spoke about it for the BBC Sport, having the following opinion: “The odd nervous moment at the back for Manchester City but they have been a real threat going forward and that second goal has given them added comfort. Chis Wood’s shocking miss with his early headed chance looking even worse now.”

It certainly was a bad miss to not see the net bulge from so close, but he was slightly backtracking. It will be incredibly disappointing for all those connected to the club, especially Wood himself. He only has two goals in his time at Newcastle, which is a dreadful return for the striker.

There’s no guarantee that Manchester City wouldn’t have gone on to blitz Newcastle still, it’s all ifs buts and maybes. What we do know is that Newcastle wouldn’t have had to chase the game as much, but as we say, that’s not to say that Man City still wouldn’t have been as destructive off the back of their Champions League heartbreak midweek.