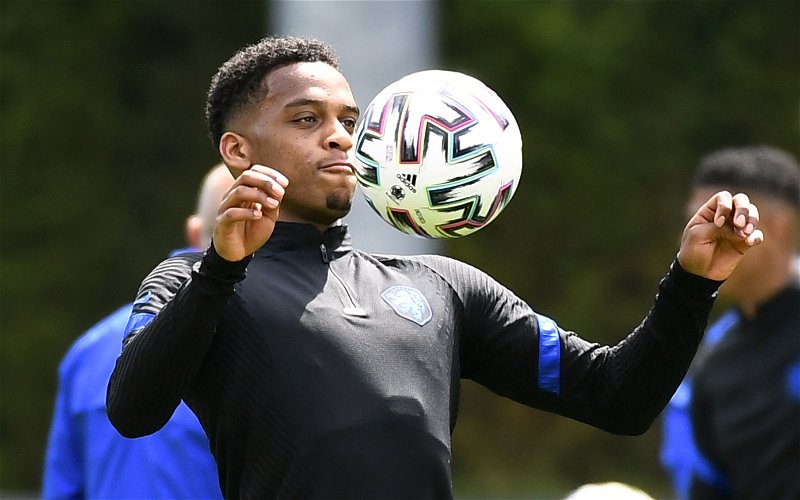 With United having finished a disappointing sixth in the Premier League this season, there is likely to be plenty going on behind the scenes as the Red Devils aim to build a squad that is ready to compete higher up the table. Timber is said to be one of Ten Hag’s targets, with the two having worked together at Ajax.

Speaking on The United Stand, Ogden expressed concern at the reports and believes the 20-year-old should not be Ten Hag’s first recruit in his new job.

He said: “I’d be slightly concerned about Timber, on the basis that, as promising as he is, I don’t think Ten Hag’s first signing should be a guy from Ajax.

“It just rings bells of David Moyes bringing in Fellaini. And I think, we’ve seen with Ajax players and players from Holland in the past – Donny van de Beek, Memphis Depay – talented players, but it’s such a big step to the Premier League, and I think United need ready-made players.”

£27m-valued Timber evolved into a key player under Ten Hag in Amsterdam. He made 30 appearances in the Eredivisie this campaign, scoring three goals and providing two assists, while featuring in all eight of their Champions League games as they were knocked out in the round of 16 to Benfica.

As per WhoScored, he has been one of Ajax’s best players this term, leading the way in terms of tackles per game and managing a passing accuracy of over 90%. Of course, the cases of Depay and Van de Beek should be cautionary tales, but United cannot afford to miss out on quality players because of unrelated situations. If Ten Hag wants to sign the youngster, the club’s hierarchy must back him.