Liverpool: Stan Collymore on why he thinks Mohamed Salah could leave 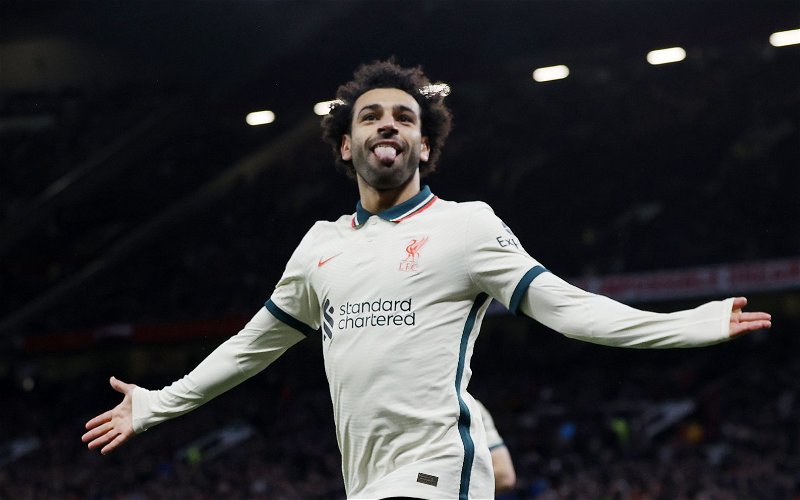 Liverpool are edging closer to a historic season, with an unprecedented quadruple still in their sights as we reach the climax of the 2021/22 season.

Jurgen Klopp has already guided his side to success in the Carabao Cup earlier in the season and has led them to the FA Cup final. They trail the league leaders Manchester City by a point and hold a 2-0 advantage over Villarreal in the semi-final of the Champions League.

Despite all the success on the pitch, the future of Mo Salah has got Reds fans worried, with the Egyptian King yet to put pen to paper on an extension for his current deal.

Stan Collymore has had his say on the matter, talking to Empire of the Kop: “That’s a genuine worry, I’m just being honest. If you’ve won a quadruple, every single trophy available to win in a season and you win the League Cup next year, or the FA Cup, or even the league – that’s coming down.”

“But if you’re Mo Salah and you’re sitting back and you say ‘well I’m being offered £400,000-a-week or whatever the deal is at Liverpool and I’m going to be offered similar at whether it be PSG or Real Madrid or Barcelona’ it doesn’t become about money then.”

It’s certainly an interesting take from the former Red, however, if Liverpool win the quadruple and are at the top of their game, then surely any club would be a step back from those heights, so why would you want to leave after such an impressive season?

Also, you’d imagine Liverpool will continue to compete on all fronts going forward, so Salah can still be in with a good chance of winning all these major honours. Whilst also setting and breaking Premier League records as well as club records at Liverpool.

We think there’s plenty of reasons for him to stay, even if the quadruple is achieved.